How My Daughter Was R*ped, Killed By Prison Escapee – Artisan Tells Sad Story


He narrates the story of how his 12-year-old daughter was allegedly cajoled and r*ped to death by a prison escapee. 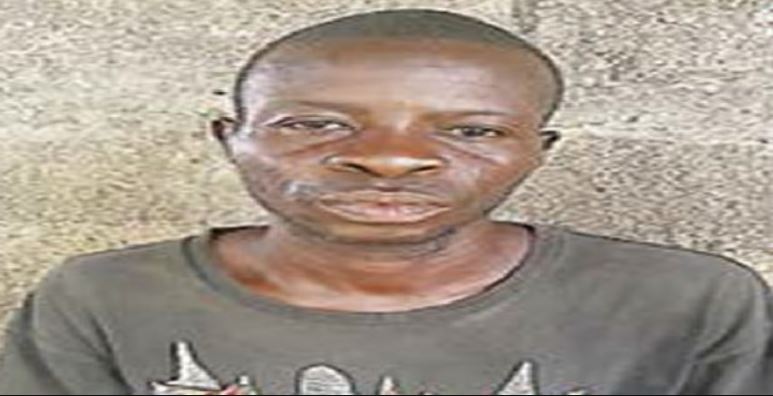 Sanjo Fakeye, an artisan in Ogun State, has talked about the murder of his daughter.

Tell us about your late daughter.

Her name is Janet Fakeye. She was 12 years old. She was attending Army Days Secondary School, Alamala Barracks, Abeokuta. She was  in JS 1.

In what circumstances did she die?

On that fateful day, when she arrived from school, she ate and relaxed for  a while, then later, she  did  her homework. After she was done, she told me she wanted to buy detergent within the community to wash her socks. Where she went to buy the detergent is just a two minutes’ walk from our house . I   gave her money to buy the detergent and I  sat outside.

After several minutes when I didn’t see her return from the place she went to buy the detergent, I decided to go and look for her. On getting to the place, the seller said she had bought the detergent and left. She said my daughter left long before I came.  I became worried and began to wonder where she might have headed. I felt she might have gone to collect a book from her friend for her homework. I then went to her friend’s house. But on getting there, they told me they didn’t see her.

What did you do next?

I went back home. I then sent my apprentice to go look for her in the house of another of her friends; but my apprentice came back to tell me he didn’t see my daughter there. At this point I became really worried. Then my wife got back and asked me where our daughter was. I told her she went out and didn’t return and that I had been looking for her. My wife joined me in the search. We went back to those places that I had gone before to look for her.

As we continued the search, my wife suddenly observed that light was on in an abandoned house almost adjacent to our house. She suggested that we should check; so we did. On getting there, we saw that the door of the house  was locked. The neighbours who had joined us in the search suggested that we should check the backdoor. They insisted that they suspected that someone was in the house because the light was on.

What did you discover?

We went to the backdoor and were able to enter into the house. We searched the house and couldn’t find anyone in there at  first. People suggested that we should check the roof and other areas in the house. We noticed some clothes spread on the floor like a mattress which showed that someone slept in the house. Then we saw blood stains on the floor. We also saw a sachet of detergent. But we didn’t find anyone inside the house. So, it was decided we should go and report at the Sabo Police Station. But while we were on our way to the police station, they called us and said they found the dead body of my daughter. That was how it happened.

What time was this?

This was around 8pm.

Were there injuries on the body?

I saw her lifeless body. Her hands and legs were tied and her mouth was also covered before the man r*ped her. She was bleeding.  He hurt my daughter for no reason. My daughter was just 12 years old. She was like a daughter to him, I don’t know what attracted him to my daughter.

Did you see the killer?

We suspected that it must be Anu Orija, one of the children of the landlord of the abandoned house. The house had been deserted and locked up since the owner  died. He died months ago and his children had left the house. Anu, one of his children, was imprisoned for assaulting a POS operator in the community. So, seeing light in the house raised suspicion that someone must have sneaked into the house in the night. Some people saw him shortly before my daughter’s dead body was found in his father’s house while he was  escaping from  the building.

This man, Anu, had been away for a while. Last year, he was arrested for brutalising a POS attendant by cutting her breast and her hand. We were shocked that he was back to the community few months after he was arrested for attempted murder. He is the prime suspect. He dumped the body of my daughter inside another house beside his father’s house. That was when a dog started barking. In fact, some people in the community said they saw him shortly before the corpse was found. They said they saw him while he was bathing with a local sponge at a river in the community.

Was the suspect arrested?

No, the police are still looking for him. We went to the police station and policemen came with us to see the crime scene. They said they were going to track him down. The policemen told us that he absconded from prison. We discovered that he only comes to the community at night to sleep.  The youth in the community burnt down the house because of the incident.