The skit maker who is popular for her huge mammalian gland and sensual contents, also stated that her skits are influenced by the things around her. 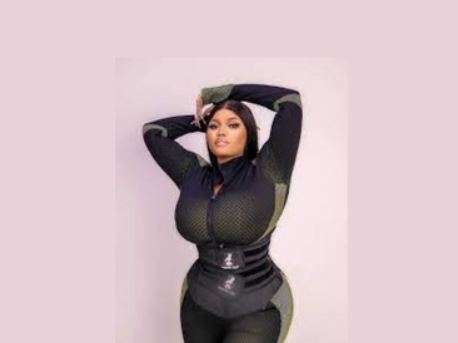 Ada Ebere, a content creator and disc jockey, aka Ada La Pinky, has talked about the competition she faces.

The DJ said that unlike some female skit makers, she has never been asked to have s*x with anyone in exchange for roles.

In an interview with Saturday Beats, she said, “I have never been asked for s*x at all (in exchange for roles or other gigs). It has never happened to me.”

The skit maker who is popular for her huge mammalian gland and sensual contents, also stated that her skits are influenced by the things around her.

She said, “Most times, I am inspired by the things I see around me. I just try to make them relatable to people.”

Though some of her fans have stated that they have never seen her perform as a DJ, Ebere claimed that she does more of private events and ceremonies.

Asked how she has been able to make a name for herself in the industry despite the stiff competition among content creators, La Pinky said, “I really don’t see people as competition. I just do things that I feel my audience would like and appreciate.”