In the wake of the sad news, several persons have been giving the grieving parents ‘unsolicited’ advice on and off social media. 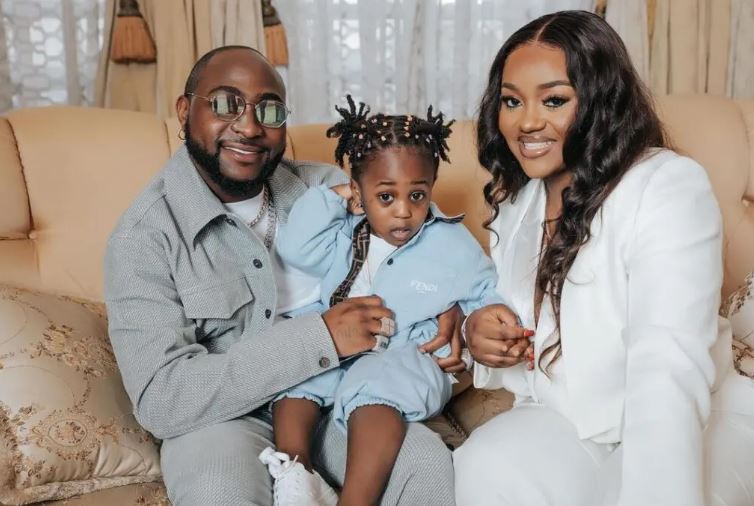 For some time now, the internet and news space have been buzzing with the death of popular singer, Davido's son, Ifeanyi.

Og course, it is no longer news that Ifeanyi, the son of Davido, and his fiancée, Chioma Rowland, died on Monday, October 31, 2022, after drowning in a swimming pool in the singer’s Banana Island, Lagos, residence.

In the wake of the sad news, several persons have been giving the grieving parents ‘unsolicited’ advice on and off social media.

However, in separate interviews with Saturday Beats, some psychologists have urged fans to stop giving such advice as it could elongate the time it would take them to heal.

A clinical psychologist, Dr Maymunnah Kadiri, said, “As a young couple, it is easy for people to give unsolicited advice to them. People should not tell them things like, they are still young and that they should not cry because they will still have more children. Also, Davido and Chioma should not be told that Ifeanyi is in a better place because God is in charge.

“People are supposed to use more comforting words that can help the couple. People should let them know that they are there for them and should make themselves available.”

Speaking on the stages of grief, Kadiri said, “Grieving is an inevitable part of our lives but there are ways that Davido and Chioma can cope. We have stages of grief. The first stage is that of denial and shock; the second stage is anger; the third is the bargaining stage; the fourth stage is sadness or depression; and the fifth stage is acceptance. It varies from one person to another. It can take hours, weeks, months, or years for some persons.

“However, the first thing is to acknowledge the pain. Denial and shock will make their healing process very long. They should accept that grief can trigger many emotions, sometimes unexpected ones, and the process is different for individuals. Even Davido and Chioma cannot grief in the same way. Chioma may grief longer than Davido because Ifeanyi was her only child. That is one sensitive part. If Chioma does not see Davido in the position that she is in, she may think that he does not care. The pathway to recovery is individualised.”

Kadiri also spoke on different ways the bereaved can heal. She said, “They have to seek a face-to-face support from people who care about them without saying anything and simply listen to them. Also, they must support themselves emotionally by taking care of themselves physically. They should try to eat, bath and sleep. There are certain people who neglect everything if they are grieving. But, if personal hygiene is neglected, it has a way of prolonging the healing process. They should be encouraged not to indulge in sleeping tablets, alcohol or other substances to take the pain away. Those things are not going to work as they will only offer temporary relief.

“They should also recognise the difference between grief and depression. It is okay to go into a depressed mood but it is not okay to go into clinical depression. Clinical depression is when the sadness has been ongoing for a minimum of two weeks, with attendant low energy level, and loss of interest. At this stage, they cannot sit in the house and be getting support from non professionals. That is when we recommend individual grief counselling, couples grief counselling, and family grief counseling so that they can talk about how they feel because emotions are contagious.”

On his part, a professor of psychology, Suleiman Olarenwaju, noted that there was a high possibility that the couple could be blaming themselves for not being around when their son died. Describing Ifeanyi’s death as a ‘national loss’, he said, “Ifeanyi’s death does not just affect Davido; it is a national loss. However, it is also personal because the loss of a child could be psychologically debilitating to the father, mother and the entire family. Aside from the sense of loss, there could also be a sense of blame, saying, ‘I did not do enough to ensure the safety of the child’. The parents tend to feel both grief and guilt.”

Speaking on what the toll the tragedy could have on Davido and Chioma’s relationship, Olanrewaju said, “A child is a strong bond between two persons, and the loss of that child could also weaken the bond between them, especially when they are not married.”

Olanrewaju also enjoined people to allow the couple mourn in their own way, stating that getting married to Chioma would them move on and give birth to other children.

He said, “Whether depression would set in or not depends on how they can manage it, and give themselves hope. I hope that their marriage is finalised, so that when they become husband and wife, they can raise more kids.”

Reacting to the obituaries and fake news peddled around that Ifeanyi was still alive, Olarenwaju said, “If people continue to make obituaries, they will only keep reigniting the pain and the sorrow. I am sure that Davido and Chioma will come out of the gloom. They are going to have other children.”

The psychologist added that people should not be forced to mourn in a particular way.

He said, “People should not attack one another on social media, because we all cannot mourn in the same way. I noticed that some people were attacking Seun Kuti. I think people should just mourn and move on.”