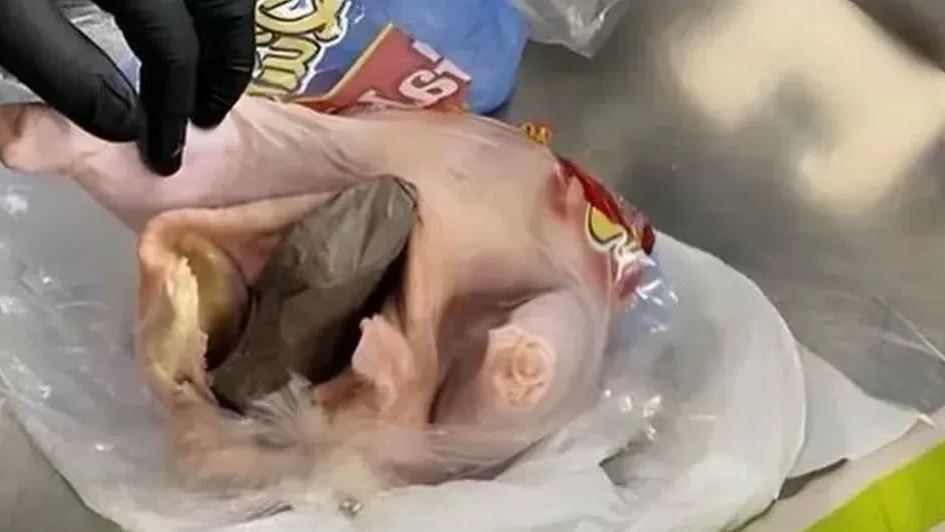 A passenger who attempted to smuggle a gun onto a plane by hiding it inside raw chicken has been exposed by US Air transport officials.

TSA officers say the traveler's weapon was spotted before boarding, stuffed inside the bird and wrapped in paper packaging with officials joking on Instagram that the scheme "wasn't even half-baked".

Officials didn't reveal the culprit behind the fowl plot, but photos posted to Instagram by the TSA showed officers examining the bird inside an airport screening area, before removing the gun and unwrapping it.

"The plot chickens as we barrel our way closer to Thanksgiving," a TSA spokesperson wrote.

"We hate to break it to you here, but stuffing a firearm in your holiday bird for travel is just a waste of time. This idea wasn't even half-baked; it was raw, greasy, and obviously unsupervised. The only roast happening here is this poor packing choice!"

"Feather you like it or not, there are rules for traveling with guns and ammunition," the TSA concluded.

Firearms aren't banned on US airlines, but they must be carried in checked baggage and have to be unloaded and placed in a locked hard-sided container.

Last year, the TSA said it had seized a record number of firearms from passengers at US airports. Around 85% of those taken were loaded, the agency said. 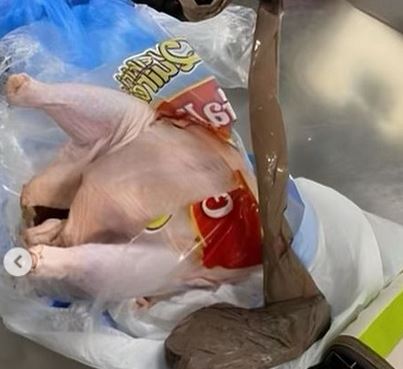 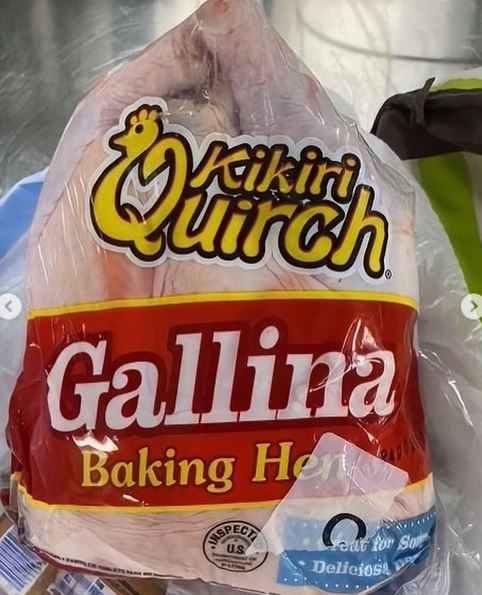 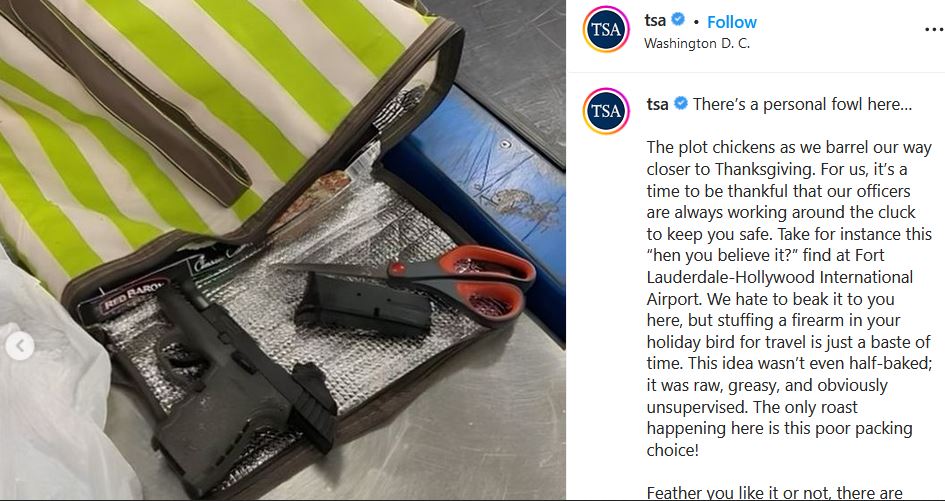