Chairman of APC in Borno State, Ali Bukar Dalori, said there was no incidence of attack by APC thugs on any convoy of the opposition party in the state. 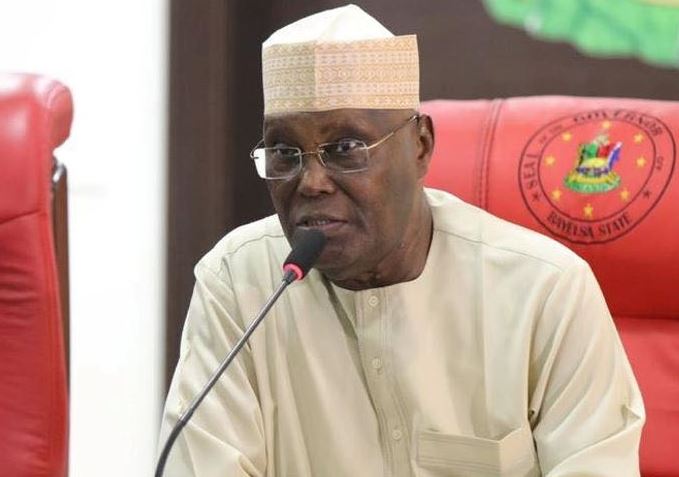 The ruling All Progressives Congress, APC, has debunked reports that Atiku Abubakar, the presidential candidate of the Peoples Democratic Party, PDP, was attacked in Maiduguri, Bornu State, on Wednesday.

The PDP spokesman, Dino Melaye, had claimed that Atiku was attacked by thugs during the party’s rally in Maiduguri.

Melaye added that no fewer than 74 persons were hospitalised, while over 100 vehicles were vandalised by hoodlums.

He pointed accusing fingers at the All Progressives Congress (APC), noting that they were trying to stop their campaign in the state.
Liars, APC reacts

However, reacting, Chairman of APC in Borno State, Ali Bukar Dalori, said there was no incidence of attack by APC thugs on any convoy of the opposition party in the state.

Dalori told Vanguard that Dino Melaye was lying: “I am disappointed by the allegations made by Dino Melaye that some APC thugs attacked Atiku’s convoy, while in Maiduguri for their presidential campaign rally.

“We all know that since Governor Babagana Zulum took over the mantle of leadership, he banned political thuggery across the state.

“Our ruling party is a law-abiding one, and that was why we, as a government, did not deny PDP venue for their rally as witnessed in some states.

“All I know is that there is no PDP in Borno.

“And if Dino Melaye lacked what to tell the people of Borno or how to canvass for votes, he should desist from fabricating lies against our party.”