The police boss also noted that it is a further manifestation of his determination to integrate the use of innovative technology in the law enforcement duties of the Nigeria Police Force. 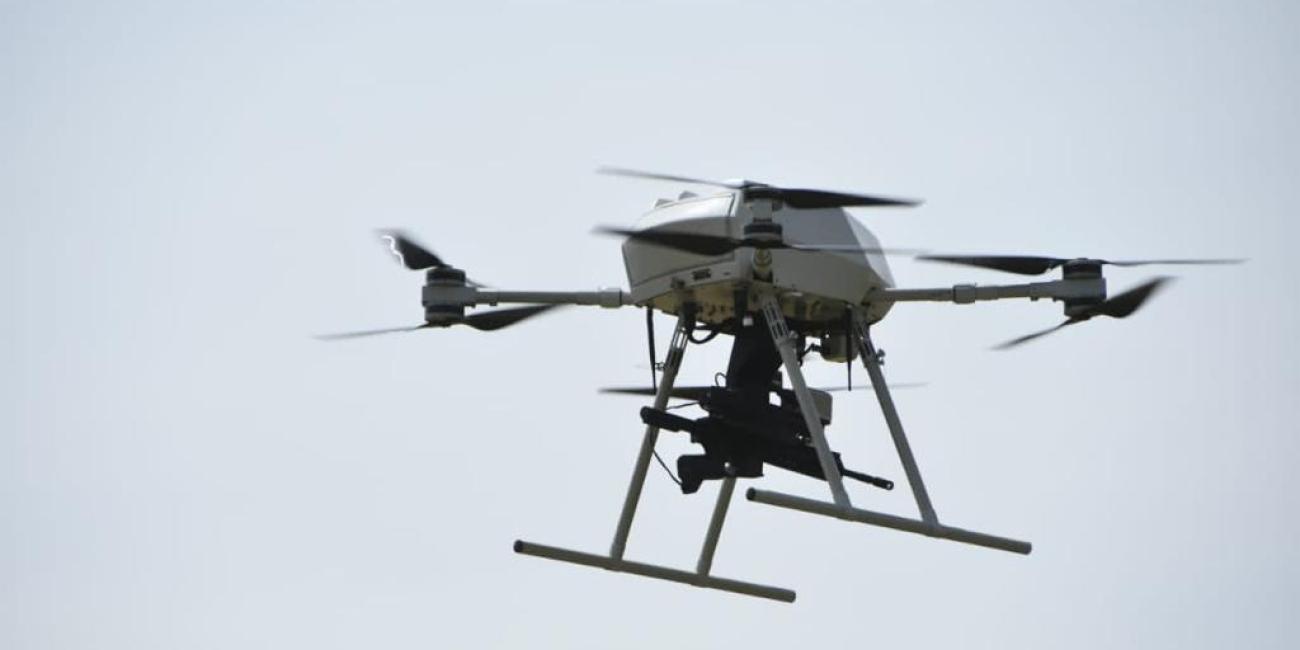 The Nigeria Police Force has made some new acquisitions to tackle terror.

A statement issued by the Force Public Relations Officer, CSP Olumuyiwa Adejobi, on Wednesday, noted that the Inspector-General of Police, IGP Usman Alkali Baba, said the deployment of the drones to different locations in Nigeria is for improved armed surveillance operations to curb criminal activities in the country.

The police boss also noted that it is a further manifestation of his determination to integrate the use of innovative technology in the law enforcement duties of the Nigeria Police Force.

“The 3 newly acquired UAVs are rotary wing aircrafts capable of flying up to an altitude of 1000ft with high operational endurance and capacity of firing at acquired threats and targets from reasonable distances,” part of the statement said.

According to the statement, the Nigeria Police Airwing has equally concluded training for the operators of the drones in partnership with foreign experts who have been consulted for training and maintenance of the unmanned armed drones.

The Force spokesperson stated that IGP Baba also directed the immediate and strategic deployment of the drones based on necessity, adding that three (3) more UAVs of the same specifications were expected to arrive in the country soon.

He maintained that there would be constant deployment and judicious use of the acquired drones.

He, therefore, ordered a total clamp down on non-state actors and criminals in Nigeria.

The police boss further warned criminal elements across the country to steer clear and jettison their criminal activities or be ready to face the full wrath of the law as the police force would make the country unconducive for them to continue with their crimes.

IGP Baba also re-emphasised the determination of the police to continue to explore the use of technology in the fight against crime and criminality while seeking full cooperation from members of the public on intelligence gathering and vigilance.

This comes a few weeks after the US, UK and Canadian commissions in Nigeria raised terror alerts over alleged planned attacks by terrorists in Nigeria, especially in Abuja, the capital city.

There has been apprehension within and around Abuja since July 5 when terrorists attacked Kuje prison, killing at least 10 persons including a security officer and freeing about 800 inmates including 64 Boko Haram members held in the prison.

The UK government a few days ago further issued a free travel advisory to its citizens in Nigeria over insecurity, warning them against travelling to some states in the country over terrorist attacks.

Cynthia Morgan Abandons Her Lifelong Ambition To Win A Grammy, Vows To Become A Prophetess