Autopsy To Reveal Cause Of MOUAU Students Death – Abia Police


Recall that the victims, both in 200 levels were found dead in their room on Wednesday. 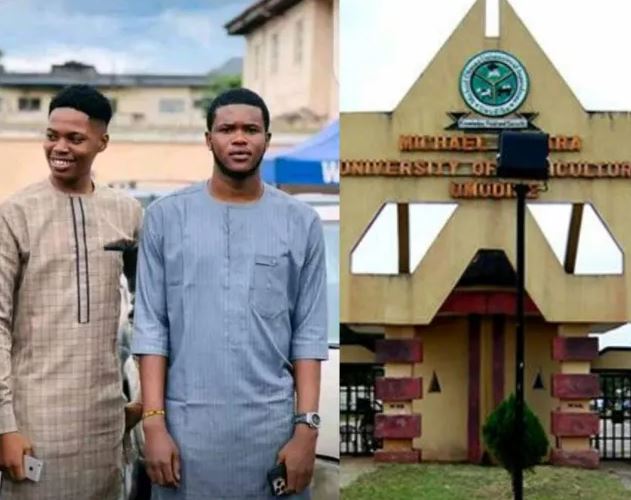 The death of two students of the Michael Okpara University of Agriculture Umudike in their hostel has been confirmed by the Abia State Police Command.

Police Public Relations Officer, PPRO, Mr Geoffrey Ogbonna who spoke with Vanguard in Umuahia, said that investigations had been launched into the matter.

He, however, said that no arrests had been made concerning the incident.

The victims, simply identified as Victor and Decency, both in 200 levels were found dead in their room on Wednesday.

Their bodies were discovered following alarm by their neighbours which led to the breaking of their room.

One of them, Decency, the incumbent Public Relations Officer (PRO) of the Students Union Government (SUG) was said to be seeking re-election.

According to eyewitness account, one of the deceased vomited blood while the other was said to have had white substance in his nose.

The discovery has fueled suspicion that the duo might have been poisoned.

Meanwhile, the university authorities have confirmed the incident, but said the cause of their death had not been ascertained.

The Public Relations Officer, PRO of MOUAU, Mrs Adanma Odefa, said that the police had evacuated their bodies.

She also said that the parents of the deceased had been contacted.

Her words:”All we know is that we found two students dead in their rooms.

“The police have taken their bodies to the morgue and anything left is for the parents of the deceased.

”We have informed the families, so we are not talking about this.”