Falana made the call in a statement made available to SaharaReporters on Thursday, adding that Owombo’s revelation should be not disregarded by the Nigerian Government and thus should be investigated. 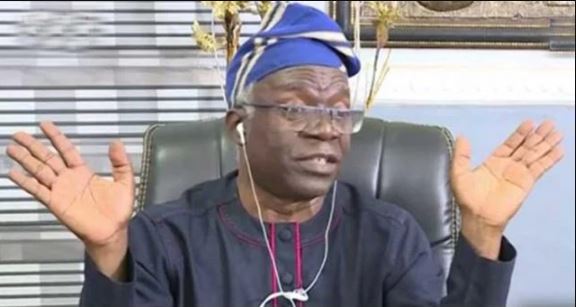 He asked the Nigerian Customs authorities to release a detained Customs officer, Owombo John Segun who exposed how refined petroleum products, particularly Premium Motor Spirit (PMS), also known as petrol, are being trafficked to Cameroon, Chad, Niger Republic and some other African nations.

Falana made the call in a statement made available to SaharaReporters on Thursday, adding that Owombo’s revelation should be not disregarded by the Nigerian Government and thus should be investigated.

He said, “Last year, the Comptroller-General of Customs, Colonel Hamid Ali (rtd) accused the Nigerian National Petroleum Corporation and the Directorate of Petroleum Resources of involvement in smuggling fuel out of Nigeria to neighbouring countries.

“Furthermore, at a public hearing recently held at the National Assembly, Colonel Ali questioned the claim of the NNPC that the daily consumption rate of fuel is 68 million litres. The patriotic revelation of the Comptroller-General of Customs was hailed by the entirety of the Nigerian people.

“Mr. Owombo John Segun of the Federal Operations Unit, Zone D in Adamawa state who cried out at the smuggling of fuel out of Nigeria by NNPC tankers at the Malabo Belle border road did not commit any offence as he was only substantiating the weighty allegations of Colonel Ali. More so that the smugglers apparently enjoy immunity from arrest and prosecution under the current political dispensation.

“Therefore, the detained officer should be released or charged before a court of competent jurisdiction if there is evidence that he has committed a criminal offence prescribed by law.

“The allegation made by the detained officer should not be swept under the carpet. It should be investigated by the Economic and Financial Crimes Commission as it is the height of economic sabotage to budget trillions of naira for the importation of fuel and allow the same to be smuggled out of Nigeria through roads that are manned by customs and immigration officers.”

SaharaReporters reported on Monday that Owombo had been moved to the Customs National Headquarters in Abuja where he was expected to meet with the Comptroller General of Customs while in detention.

This was confirmed to SaharaReporters during a phone conversation with his brother, who also stated that Owombo informed him that his life had been threatened since he was incarcerated.

“Last four days when I called him, he told me the Customs officers have been threatening him. They say they would terminate him. Since then, we could not reach him again. It seems they have collected his phone.

“But a source within the office told me this morning that he has been taken to Customs National Headquarters in Abuja,” Owombo's brother said.