Here are five of such players that will be looking from afar while the chosen ones sweat it out for the FIFA World Cup trophy. 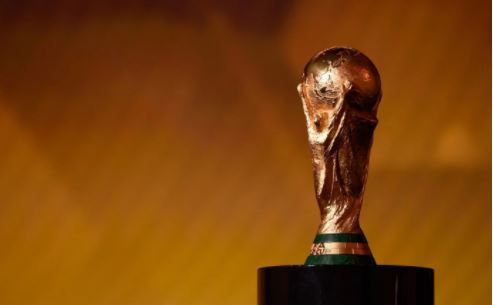 The highly anticipated World Cup tournament is upon us and the footballing world is ecstatic about it.

However, due to injury or other reasons, some of football’s star players will not be represented at the FIFA World Cup set to begin in Qatar this weekend.

The unusual timing of the biggest showpiece in world football has led to many a injured players, while some could not get in due to the failure of their country to secure qualification.

Here are five of such players that will be looking from afar while the chosen ones sweat it out for the FIFA World Cup trophy.

The 23-year-old Norwegian is arguably the best striker in the world at the moment. He scores goals for fun at both club and country and has taken to the English Premier League like fish to water since joining in the summer.

While Haaland has scored 18 league goals for Manchester City since his move from Borussia Dortmund, he managed only five goals during the World Cup qualifiers, and it is no surprise that Norway struggled to make an impact in Group G, finishing third behind the Netherlands and Turkey.

More is expected on the international scene from the fearsome 6ft5 striker.

Paul Pogba returned to Juventus in the summer to improve his chances of appearing at the World Cup but he suffered a long-term injury that ensured he would not be part of the France party this time.

An integral member of the winning squad in 2018 and a favourite of coach Didier Deschamps, a meniscus injury suffered in July has not been managed and would require surgery, ensuring Pogba would be watching from afar.

The 29-year-old has resigned to fate, recently sharing an emotional goodwill message to his team on social media.

Despite Egypt topping the preliminary group, the Pharaohs were stopped by Mane and Senegal on penalties during the playoff round despite Salah’s influence.

The 30-year-old has rightly been the talisman for club and country in the recent past but his star power has waned and proven insufficient for Egypt. He did not score a goal during the World Cup qualifiers and will have to make do with a place on the sofa during the World Cup break.

Together with Pogba, Kante was the engine room that delivered the Russia 2018 World Cup to France and his industry will be sorely missed in Qatar.

An ever-smiling, affable character liked by all, Kante has been injured for much of the year and the latest is a huge blow to France’s midfield engine.

One of the best defensive midfielders in the world when fit, Kante has been battling a hamstring injury that has coincided with a decline in Chelsea’s performance and results, and it remains to be seen if France can find a worthy replacement.

A shocking omission from the Brazilian roster for the World Cup. After overcoming an injury-plagued season to stay fit this year, ‘Bobby’ Firmino has had a good start to the new season and remains a bright light in a rather dull campaign so far for Liverpool with six goals and three assists from 12 appearances.

The Liverpool striker’s omission paved way for the inclusion of Richarlison, the Tottenham winger, in the travelling party despite a paltry return of two goals and two assists from 15 matches.

With 17 goals in 55 games for the Brazilian national team, it is hoped that Coach Tite’s decision not to select Frimino who expertly utilises space does not haunt him during the Mundial.