Suspects Narrate How They Killed INEC, NPC Staff In Anambra


The 26-year-old, alongside two of his gang members, allegedly strangled Duruoha, with the aim of dispossessing him of his shuttle bus. 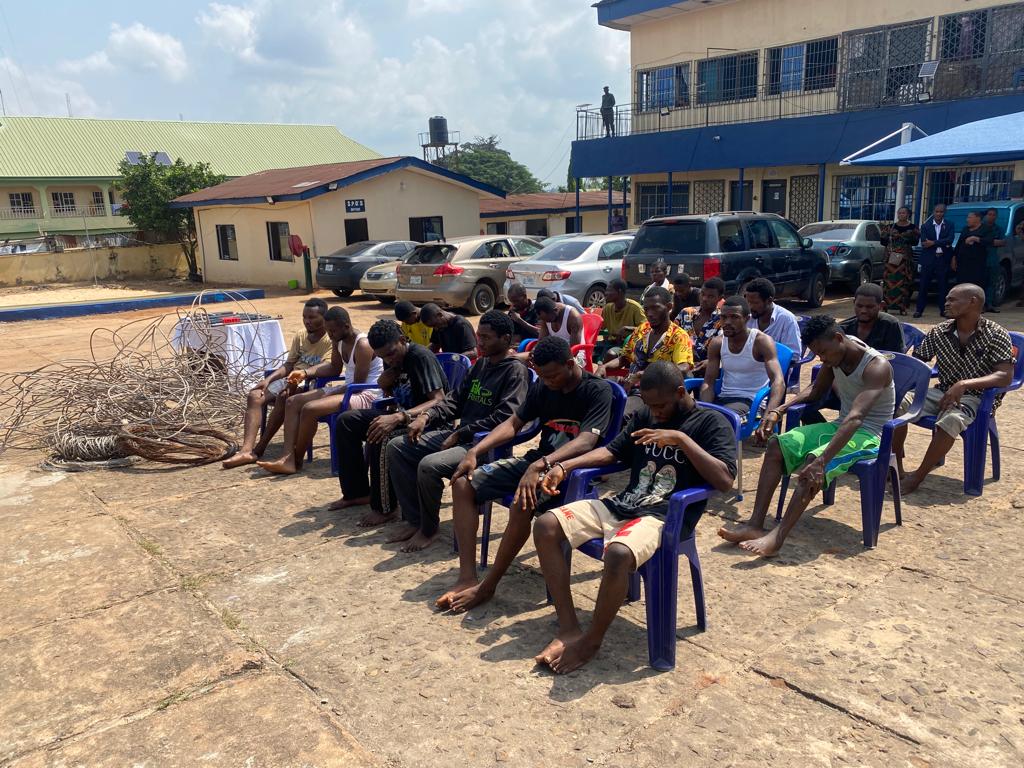 Mr Nwobodo Samuel Obumneme, a suspect, has talked about he and his cohorts killed people.

He explained how his group killed a staff of the Independent National Electoral Commission (INEC) in Awka, Mr Osita Duruoha in September this year.

The 26-year-old, alongside two of his gang members, allegedly strangled Duruoha, with the aim of dispossessing him of his shuttle bus.

The body of Duruoha, who was declared missing in September, was later found by the roadside, around Isuaniocha community in Awka North Local Government Area.

Nwobodo was among several suspects who were paraded for various crimes at the police headquarters in Awka on Friday. He was paraded alongside two of his gang members, Malachi Chinedu Uzorchukwu and Ifesinachi Ogechukwu, both 28 years old.

The suspect said: “We hired him to use his shuttle bus to take us to Urum from Ifite, and our intention was to steal his bus, but later we had to strangle him and take the bus.”

Anambra State Police Commissioner Echeng Echeng who briefed journalists said: “On 28th September 2022, a 2-man gang of armed robbers who specialize in snatching shuttle buses around Ifite-Awka pretended to be passengers and boarded a shuttle bus belonging to and driven by an INEC Staff, Mr Osita Duruoha, 43. The duo boarded the shuttle bus at Ifite on the pretence that they were going to Isu-Anaocha on an agreed fare of N3,000. On getting to Urum/Isu-Anaocha Road, which is an isolated area, the duo ordered the driver to stop and one of the suspects, Chinedu Malachi who was seated behind the driver used a rope to strangulate the driver from behind. Thereafter, they dumped the corpse of the deceased in a nearby bush and drove the shuttle bus to Enugu where they wanted to sell it. Detectives from State CID were able to arrest the suspects in Enugu and the deceased shuttle bus was recovered. “

Naming the suspects as Nwobodo Samuel Obumneme, 26, Malachi Chinedu Uzorchukwu, 28, and Ifecchinachi Ogechukwu, 28, he said they have since “confessed to the crime and will soon be charged to court.”

The commissioner also paraded a 20-year-old man who allegedly connived with his gang to kill his stepmother, a staff of the National Population Commission, with the hope of transferring one million naira from her account, after he found out her password.

He said: “On 28th September 2022 at about 0200hrs one Mrs Theresa Okeke,54, an accountant with National Population Commission, Awka was gruesomely murdered in her residence at No. 4 Umuziocha, Awka.

“Immediately the case was reported, her stepson, Ekenedilichukwu Okeke, 20, who slept in the same house with the deceased was arrested for interrogation. He claimed that armed robbers stormed their residence and killed his stepmother. However, after an intelligence-based interrogation, he eventually confessed to the crime and named his accomplices.”