Update: Yobe Woman Locked Up And Starved By Husband Dies In Hospital


According to reports, Sadiya died on Saturday in Kano, while receiving medical attention at Aminu Kano Teaching Hospital. 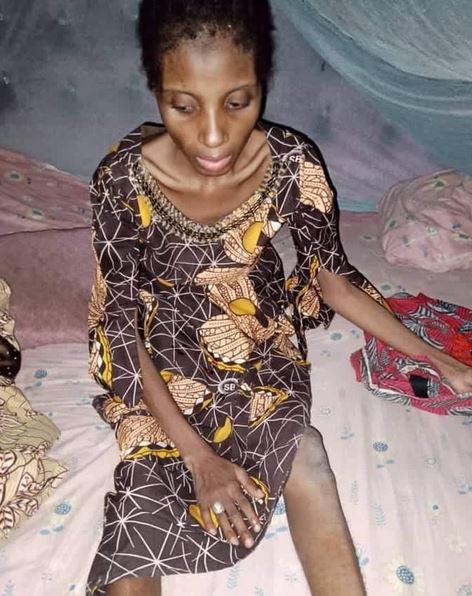 A housewife, Sadiya who was locked up and deprived of food for a year by her husband in Nguru, Yobe State has reportedly passed on in the hospital.

According to reports, Sadiya died on Saturday in Kano, while receiving medical attention at Aminu Kano Teaching Hospital.

A mother of four, Sadiya was rescued by her mother Hadiza after she suspected foul play whenever she tried to reach her daughter on phone.

Recall that, Yobe State Police Command while acting on the warrant issued by Nguru Senior Magistrate Court, had confirmed the arrest of Sadiya’s husband, Ibrahim Yunusa, over the alleged detaining and starving of his wife.

“The motive of this act is not known, but police have arrested Mr Ibrahim Yunusa and handed him over to the magistrate court,” DSP Dungus confirmed.

Following this trending incident of inhuman treatment of the victim, it was learnt that a coalition of 56 women and children rights activists have mobilized resources to pursue the case until justice is served to the victim.