Yerima Shettima, the National President of AYCF, said releasing Kanu would show a sign of weakness on the part of the government. 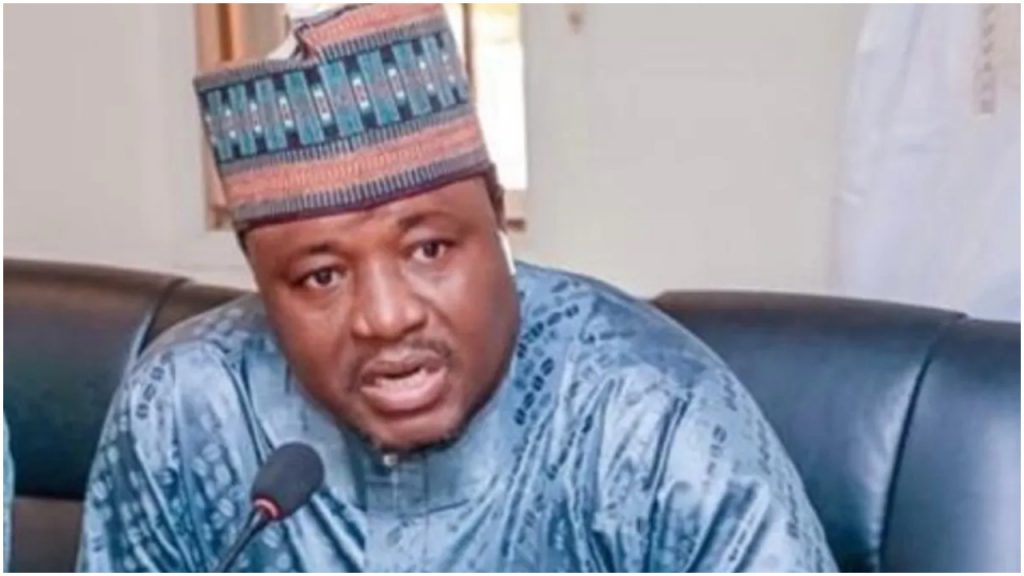 The Arewa Youth Consultative Forum, AYCF has kicked against the release of Nnamdi Kanu, leader of the Indigenous People of Biafra.
AYCF warned that it would demand compensation for Northerners killed and their properties destroyed in the Southeast if Kanu is released.
Yerima Shettima, the National President of AYCF, said releasing Kanu would show a sign of weakness on the part of the government.
Shettima noted that releasing the IPOB leader could be interpreted to mean that the government was afraid of him and security agencies were overwhelmed.
He stressed that Kanu’s case would be used as a reference point for crimes committed in the future if released.
According to Shettima: “Release Nnamdi Kanu because the Nigerian Government is afraid of him? Release him because Nigerian security has been overwhelmed by these criminals going about killing people like Northerners who go to that region to conduct their legitimate business? No, it’s not done in any society; all they need to do is to buckle up and face the monster.
“The law must take its full course as they go around unleashing terror on innocent Nigerians, including their own people, the law must be allowed to take its full course. If nothing is found on Kanu, he should be released, but I know it won’t be easy because he has said it and has taken such responsibility. We can’t be blackmailed, we are not cowards, and Nigerians can’t be cowards by a few individuals.
“If the government or the court, in their magnanimity, decide to find safe ground, they should bear in mind that they will demand that the lives of Northerners killed in broad daylight by these criminals be compensated.
“We already have files and documentation of Northerners killed and properties destroyed because we will demand compensation from the government for the people we have lost, billions lost; the government must be ready to pay.
“The government should just be aware that we will definitely come out to demand compensation; we will now know that we are in Banana Republic, where there is no law and order. We will always use this Nnamdi Kanu’s case as a reference point for any crime committed in the future; the government should be ready to take responsibility.”
Top Stories