The two entered into an argument following Ghana's loss to Portugal on Thursday. 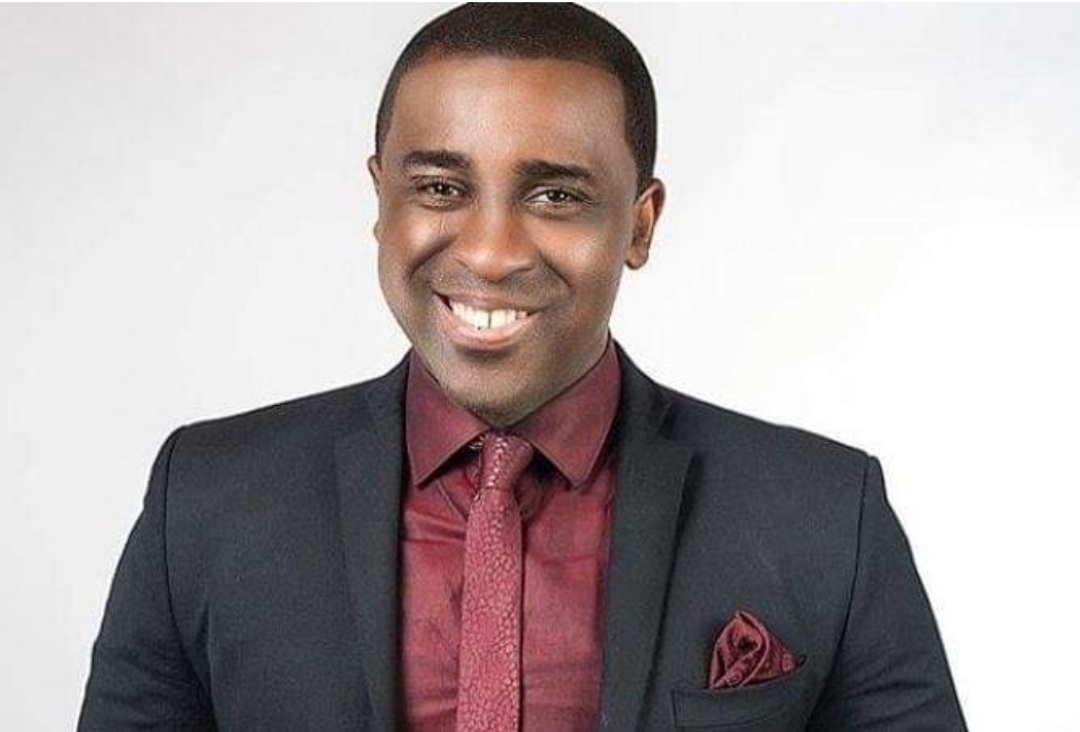 A Twitter user has clashed with media personality, Frank Edoho following Ghana's loss to Portugal in yesterday's World Cup game.
The Twitter user also made mockery of Edoho's hairline.
It all started when Frank made a comment about the Ghana and Portugal match on Thursday night, November 24, which ended 3-2 in favour of portugal. He wondered why the Ghanaian coach removed two of his best players.
A Twitter user saw his comment and lampooned him, asking him to keep quiet. Trust Frank not to take the snide remark lying low.
See their exchange below: 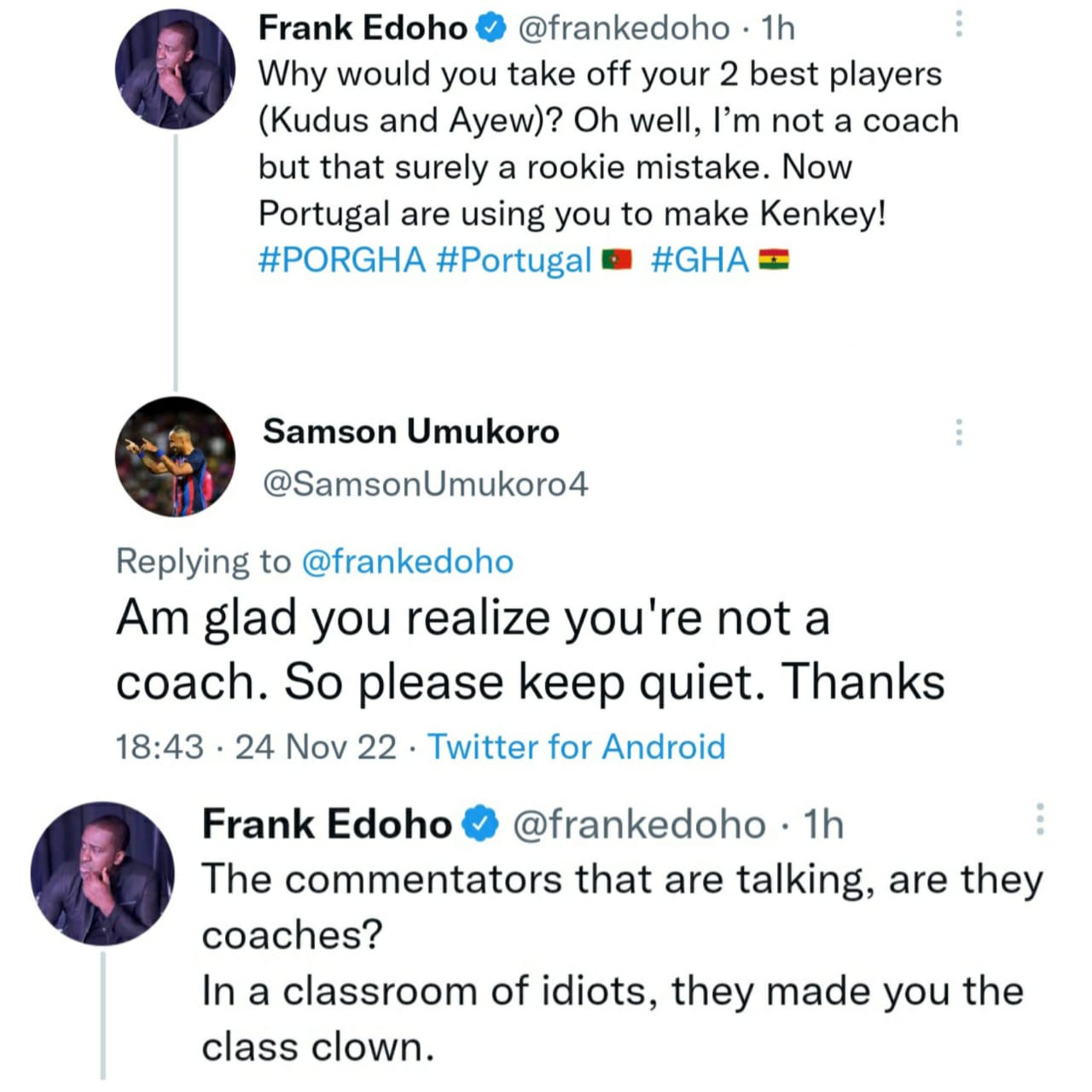 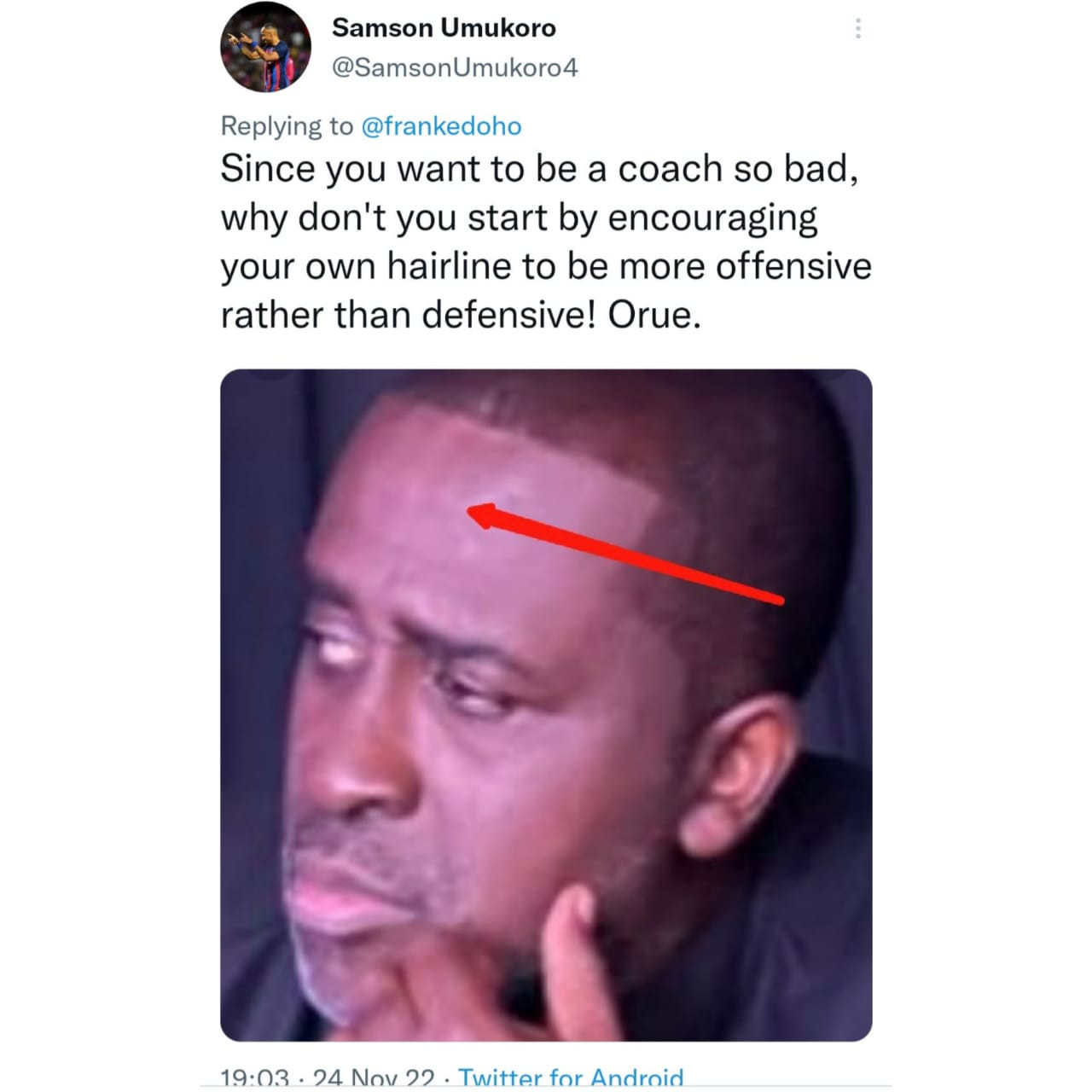 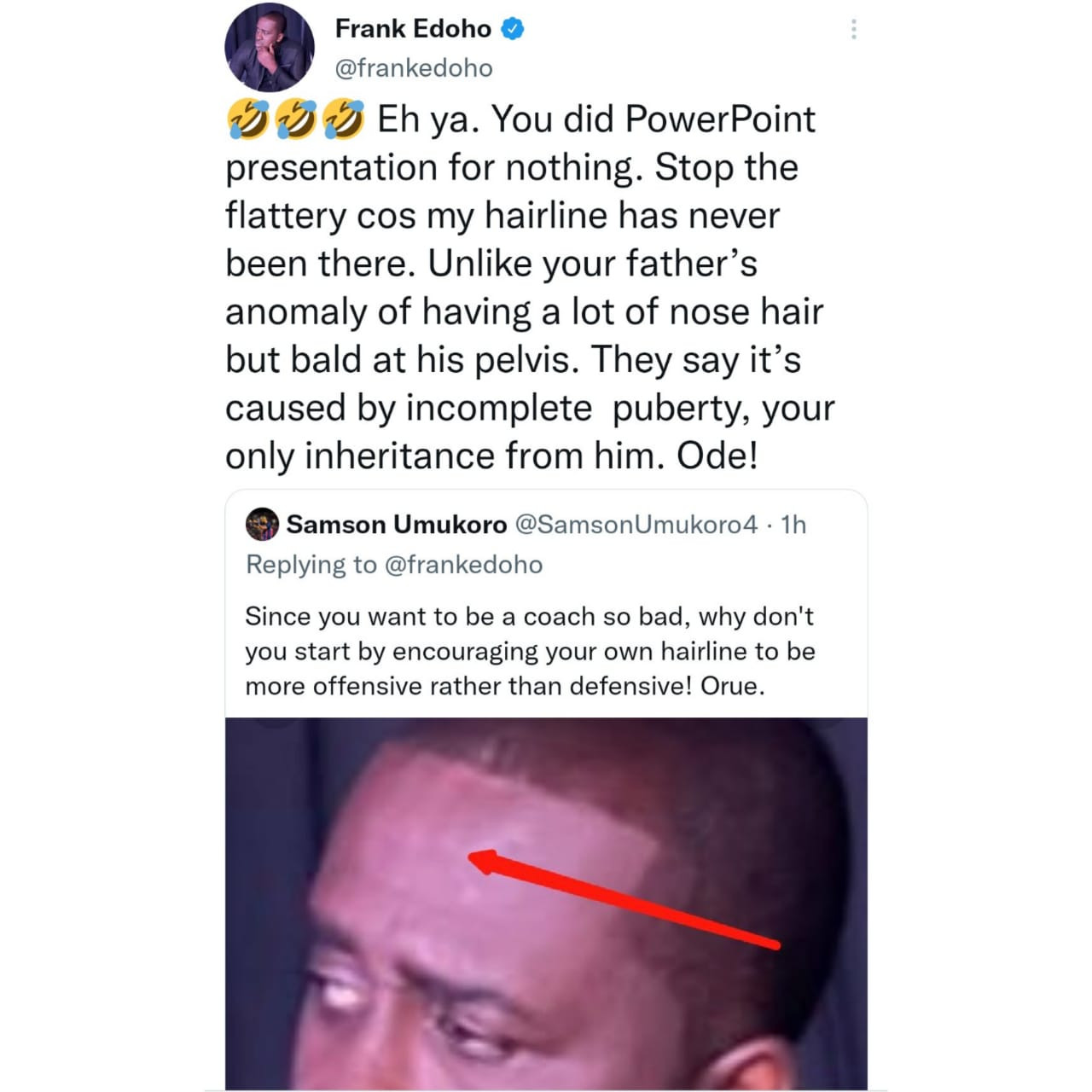