Trovoada who addressed the press, said four men, including the former president of the outgoing National Assembly Delfim Neves, tried to attack the army headquarters overnight. Neves was one of several people arrested. 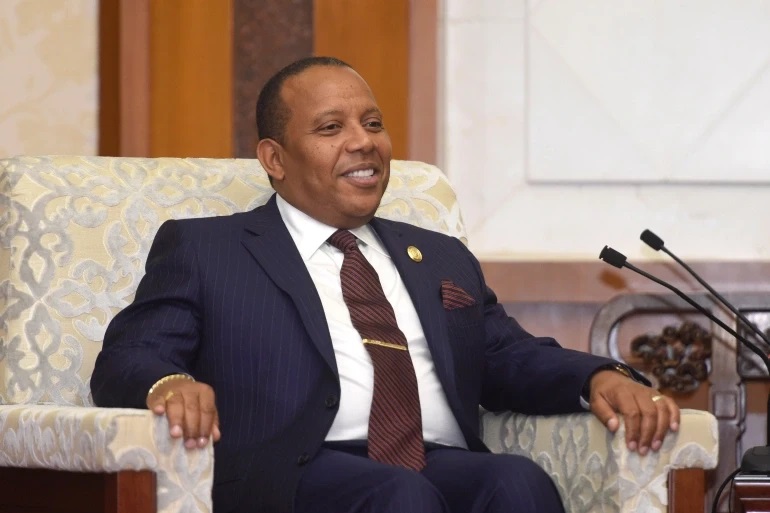 An attempted coup to remove Patrice Trovoada, Prime Minister of Island West African nation, Sao Tome has failed.
Trovoada announced that the military foiled a coup attempt on Friday, November 25.
Trovoada who addressed the press, said four men, including the former president of the outgoing National Assembly Delfim Neves, tried to attack the army headquarters overnight. Neves was one of several people arrested.
A resident who spoke to AFP anonymously by phone, said she had heard “automatic and heavy weapons fire, as well as explosions, for two hours inside the army headquarters" in the nation’s capital.
In the video message, authenticated and sent to AFP by the press office of Sao Tome’s prime minister, Trovoada is seen sitting at a desk saying he wants to “reassure" the population and “the international community".
He said;
There was an attempted coup d’etat which began around 00:40 am and… ended shortly after 6 am. The armed forces were attacked in the barracks.
“The situation in the barracks is under control, but we must be sure that the country is completely under control."
Neves lost his position on November 11 when a new chamber was installed following elections in September, in which Trovoada’s centre-right Independent Democratic Action (ADI) party won an absolute majority.
The ADI is one of two major parties that have vied to run the country since independence in 1975. The other is the Movement for the Liberation of Sao Tome and Principe-Social Democratic Party (MLSTP-PSD). The ADI’s electoral triumph saw Trovoada return to the post of prime minister for a third time.
Sao Tome and Principe is a former Portuguese colony, located off the western equatorial coast of Africa. It has been relatively stable since an attempted military coup against the government of President Fradique de Menezes in 2003. Coup leaders at the time said they tried to topple the government due to widespread poverty.
Top Stories