In what she described as a black Friday, Deborah tearfully told SaharaReporters that she strongly believes her husband was tortured to death while in police custody. 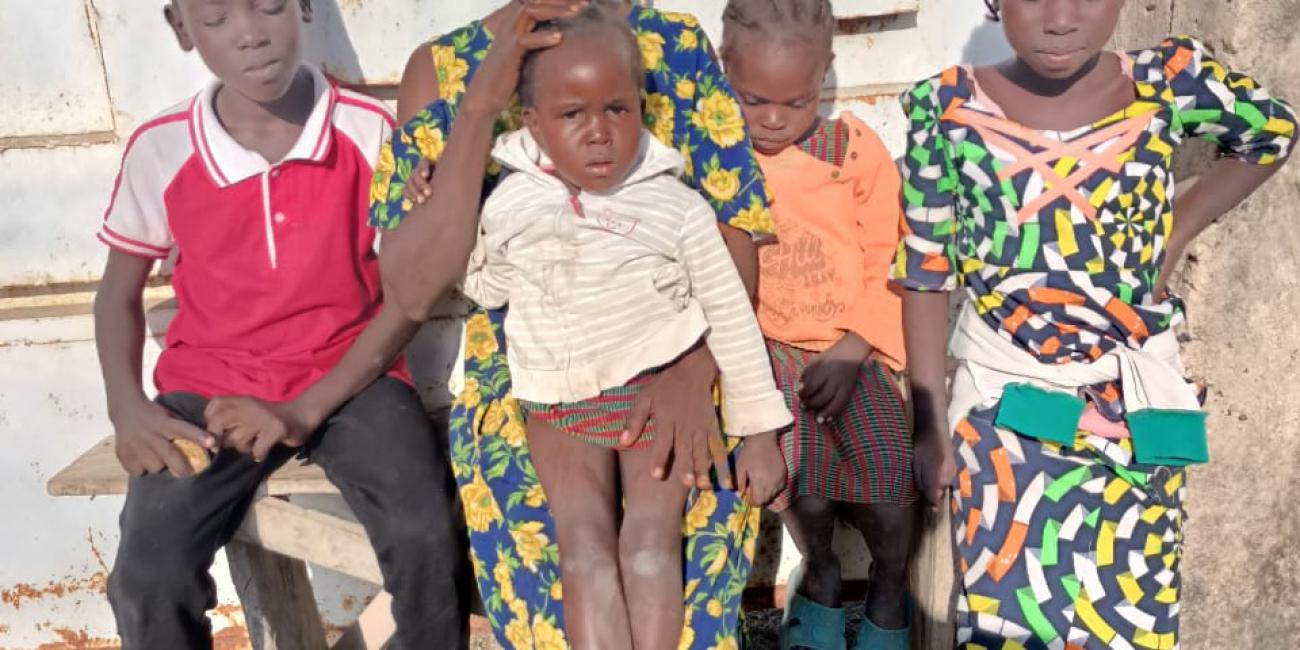 A Nigeria mother of four children, Deborah Kwatri, who is now simgle, will spend the rest of her life as a traumatised widow.

This is because she lost the family's breadwinner in the custody of the Nigeria police.

In what she described as a black Friday, Deborah tearfully told SaharaReporters that she strongly believes her husband was tortured to death while in police custody.

As gathered, her late husband, Kwatri was arrested after one Nuhu Musa Garta lodged a complaint against him at Shagari divisional police station in the Yola South Local Government Area.

The widow said her late husband was managing a shop for alcoholic beverages for Mr. Garta, who is an Area Court judge.

Narrating how it all happened, a neighbour of the widow, Usman Gorko told Saharareporters that the community strongly suspects foul play in the circumstances leading to the death of Kwatri.

"My name is Usman Gorko, a neighbour of the late James Kwatri, popularly called Baban Friday. Actually, on Friday, 18th November, Mrs. Deborah Kwatri came to inform me that her husband was arrested by the police following a complaint against him by Nuhu Musa Garta, an Area Court judge.

"I enquired to know what the issue was about, and she explained that her husband manages an alcoholic beverages shop for the judge; I advised her to be patient, we'll intervene when it becomes necessary.

"On Tuesday, the 22nd of November, I returned from work only to see a gloomy neighborhood; and I was told that some police officers, a policewoman and a male colleague, one Inspector Isa, brought the dead body of Baban Friday on a commercial tricycle.

"As according to his widow, when they came and lay his remains on the ground, they instructed her to sprinkle water on him; pretending that he merely fainted.

"I insisted to know what happened because she (the deceased person's wife) had informed me that she was asked to pay N16,000 bail money. She sold a bag of rice to raise the money and gave it to an officer identified as Inspector Isa.

"So, seeing the remains of a man arrested just a few days ago, the youths were provoked to the point of taking the law into their own hands; but we were able to persuade them.

"His widow told us that her late husband's boss, Nuhu Musa Garta (Area Court judge) whose shop he was managing, reported him to the police because he failed to solve a N10,000 problem for him.

"So, when the police from Shagari divisional police station picked him up on the ill-fated Friday on the orders of Garta, they locked him up.

"On Saturday, Deborah went to the police station and was allowed to see him, but that was the last time she spent with him.

"She was back there on Sunday, by Monday she was told that her husband was no longer in police custody and that he had been moved to a correctional centre facility, but no further details were provided.

"When the police brought back his corpse and dumped it in his house, the immediate neighbour of the deceased, an immigration officer, raised an alarm. Shortly after which some vigilante guys came with a police van from Shagari police station and took the remains of Kwatri to the Modibbo Adama University Teaching Hospital morgue," he said.

According to their lawyer, Barr Chris Cromwell, as things stand, the widow, her children and the community of Sabon Pegi, along Yola bypass, have alleged that James Kwatri may have been tortured to death.

Speaking to SaharaReporters, Cromwell said, "We have written to the commissioner of police on the instruction of our client, the widow, asking the CP to take necessary measures because we're claiming that her husband was killed while in police custody.

"We're alleging torture and breach of his fundamental right to life and we are calling on him (CP) to carry out a discreet investigation to find out those culpable.

"As far as we are concerned, he was unlawfully detained, therefore we're pursuing his right to liberty and the cause of his death. Surprisingly we've yet to get any reply from the commissioner of police," he said.

When contacted for comments, the spokesperson for the state police command, Suleiman Nguroje said, "The matter is being investigated."