Nigerian Senate Should Reject Lauretta Onochie As Chairman Of NDDC Over Her Past Records — Lawyer, Malcolm


Buhari, in a letter addressed to the Senate President Ahmad Lawan, also announced the nomination of 15 others as NDDC board members. 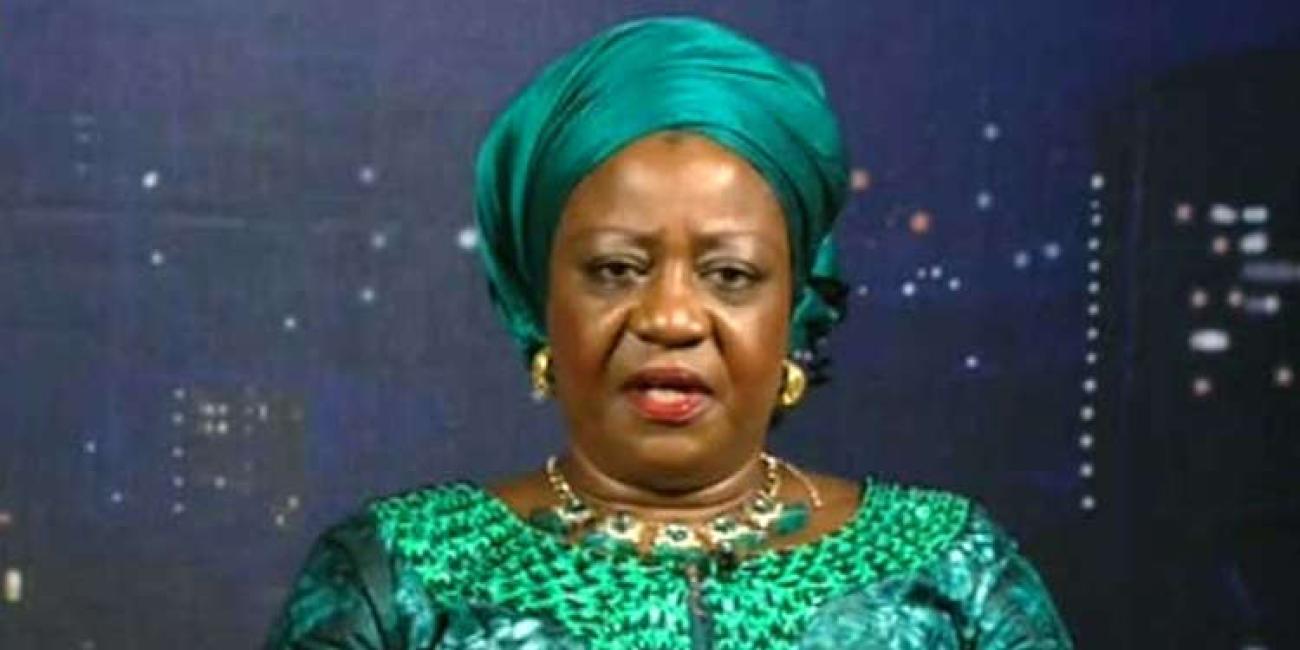 He said Lauretta is not fit to be appointed as the Niger Delta Development Commission (NDDC) chairman.

SaharaReporters reported last week that President Muhammadu Buhari appointed his aide on new media, Lauretta Onochie, as the substantive chairman of the Board of the Niger Delta Development Commission (NDDC).

Buhari, in a letter addressed to the Senate President Ahmad Lawan, also announced the nomination of 15 others as NDDC board members.

Reacting to this, Chief Malcolm, in a statement made available to SaharaReporters, described Lauretta Onochie as a woman who lacked moral standards to administer the affairs of the NDDC.

His statement reads: “The Niger Delta Development Commission (NDDC) is a federal government agency established with the sole mandate of developing the oil-rich Niger Delta region of Nigeria. One of the core mandates of NDDC is to train and educate the youths of the oil rich Niger Delta regions to curb hostilities and militancy, while developing key infrastructure to promote diversification and productivity.

“In view of the importance of NDDC to the people of Niger Delta, it follows that its chairman must be sound, upright, credible Nigerian with high level of integrity and moral standing which is why when I read that Lauretta Onochie has been appointed as its chairperson, I became concerned because I know it as a fact that Onochie is not qualified to occupy that position and my argument is simply that she is a desperate, bloody liar.

“In 2021 in a bid to clinch INEC appointment while appearing before the Senate for screening threw away her dignity and self-respect when she lied to the entire country that she was not a member of the APC and an ardent supporter of President Buhari.

“Despite telling a lie and keeping a straight face, she could not erase the fact that she had earlier on registered as No. 2 in Ward 4, Aniocha North Local Government Area of Delta State, during the APC Nation-wide membership registration exercise.

“In addition, in the case of Lauretta Onochie Vs Emeka Agwuonye before the FCT High Court, Abuja, she had deposed affirmatively inter alia that she is a member of the All Progressives Congress and a Volunteer at the Buhari Support Organisation (B.SO).

“The above shows clearly that Onochie lacks integrity and moral grounds to be entrusted with such a sensitive job that borders on modifying the will of the people of the Niger Delta. I urge the senate to reject her nomination by President Buhari as chairman of NNDC,” he added.