Victory for the Teranga Lions brought tears to the South Americans who until the match were second behind the Netherlands in their Group A standing. 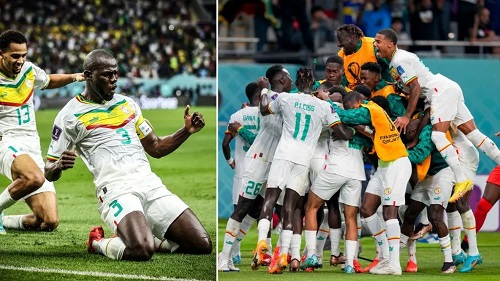 Senegal took a significant step in realizing its World Cup dream by defeating Ecuador 2-1 to book a place in the last 16 of the Qatar 2022 World Cup.
The Teranga Lions have become the first African team to reach the knock out stage of the Qatar World Cup.
It all started after Watford's Ismaila Sarr put the team ahead before Ecuador’s Brighton midfielder Moises Caicedo brought the teams level.
However, Koulibaly’s composed finish put the African side ahead as they held on to claim a famous victory.
Top Stories