The report added that the sad event was uncovered when Lawal Ojo, their gateman, suspected the unusual quietness in the house at full break of day. 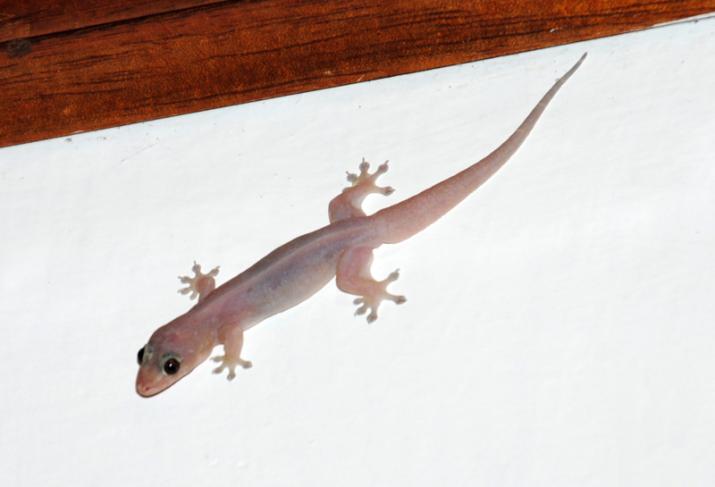 In what will come across as a really startling development, a family of six has died in Ogun.

The family died after reportedly eating food trampled by a wall gecko in the Mowe community of Obafemi Owode LGA, Ogun state.

The victims, identified as Adeleke John Samuel, a chartered accountant, his wife, Pamela Adeleke, their two children and two other relatives, were discovered dead in the early hours of Friday, according to a report by TheEagle Online.

The report added that the sad event was uncovered when Lawal Ojo, their gateman, suspected the unusual quietness in the house at full break of day.

“He alerted the neighbours who broke into the house only to discover the bodies of the victims in different rooms,” the report said.

“They were all in the sleeping posture, the source said, indicating that they probably passed on in their sleep.”

According to the report, Ifenatuora Ijeoma, an eyewitness, said the poison might have been ingested in the course of the family’s dinner the night before.

She reiterated that, on close inspection of the kitchen utensils, a dead wall gecko was discovered inside a pot of soup by one of the neighbours.

A fact check by Africa Check in 2019 revealed that wall geckos are not deadly or poisonous. Experts said wall gecko carries a lot of bacteria, but “one wouldn’t automatically die just because it fell into the food one is eating”.

The Animal Diversity Web, a database run by the University of Michigan in the US, also posited that “geckos are non-venomous and harmless to humans”.