The campaign organisation also warned Arise TV against using its candidate’s photograph in advertisements for the town hall. 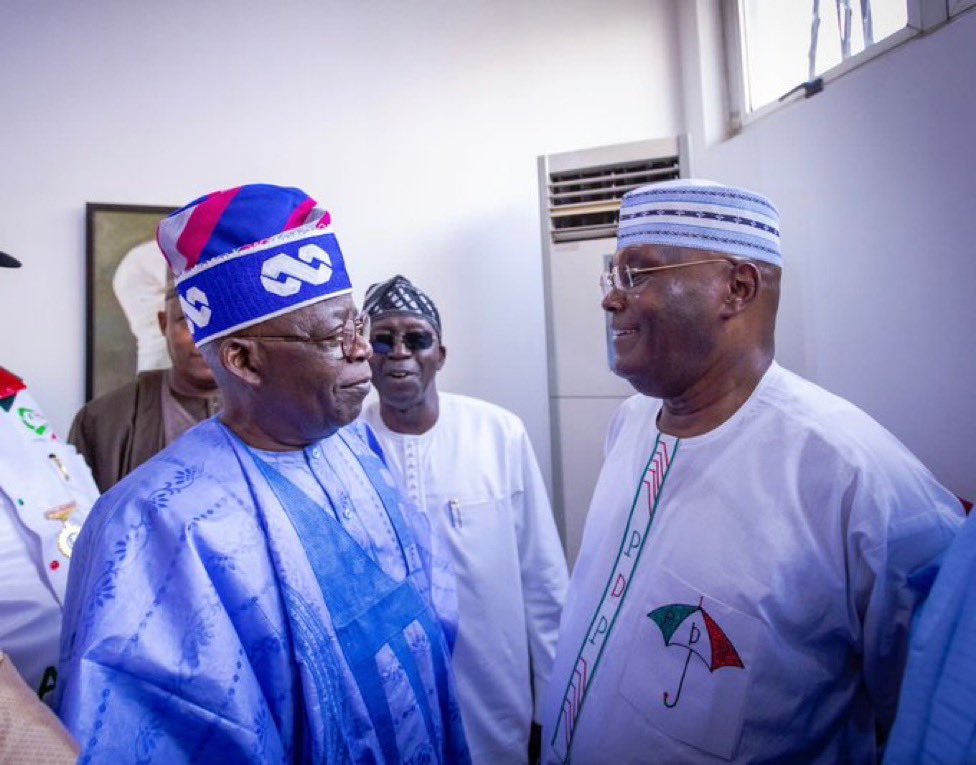 The Peoples Democratic Party (PDP) has provided an explanation to why Bola Tinubu has failed to appear at the Arise TV debate.

The PDP says Bola Tinubu, presidential candidate of the All Progressives Congress (APC), is “being haunted by his exposed scheme to relocate the federal capital from Abuja to Lagos state”.

The campaign organisation also warned Arise TV against using its candidate’s photograph in advertisements for the town hall.

It added that Tinubu has headed to the UK, where he would be speaking on security, economy and foreign policy at Chatham House.

In a statement issued on Saturday, Bayo Onanuga, spokesperson of the campaign organisation, reiterated that Tinubu would not be attending Arise TV town hall meeting.

But in a statement on Sunday, Kola Ologbondiyan, spokesperson of the Atiku campaign organisation, said Tinubu’s trip to the UK is to avoid fielding questions on his plans to move the FCT to Lagos.

“The APC presidential candidate should face Nigerians with an explanation for the exposed scheme instead of allowing his handlers to be playing to the gallery with disjointed denials and blaming other political parties for allegedly spreading the accusation that he wants to relocate the federal capital from Abuja to Lagos,” he said.

“The plan to relocate the federal capital was conceptualised and propagated by the Tinubu campaign and only became hysterical as a result of the public ire against such an atrocious plot to sequester the nation’s capital for his personal selfish interest.

“It is clear that the foreign trip embarked on by Asiwaju Tinubu was a deliberate plot to dodge the Arise TV debate scheduled to hold tomorrow following fear that Nigerians will take him to task on the FCT relocation plot, alleged criminal indictments, perjury, forgery and inconsistencies in age, name, ancestry and education qualification.

“Moreover, the handlers of the APC presidential candidate are not comfortable putting him before the cameras because of his constant embarrassing gaffes that question his fitness for the office of the president of the federal republic of Nigeria.

“If Asiwaju Tinubu cannot face Nigerians as a candidate because of his many pieces of baggage, he surely does not deserve their votes on February 25, 2023.

“Our campaign urges Nigerians not to relent for a moment in their continued support for Atiku until they elect him into office.”

Previously, Tinubu’s campaign team described the claim of the FCT relocation as an “egregious lie”.