The former lawmaker urged Nigerian men to emulate the northern men by marrying more than one wife. 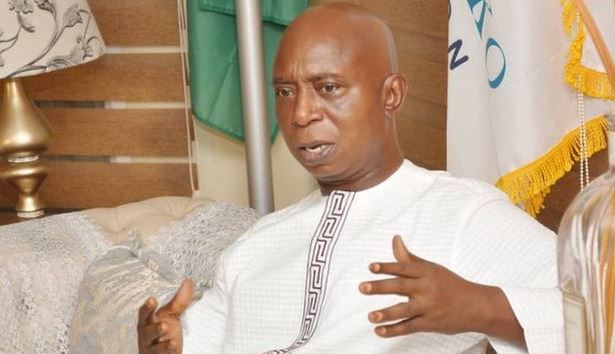 Nigerian billionaire and Senate aspirant, Ned Nwoko has opined that the rate of pr#stitution is high in the society because men have refused to marry more than one wife.

The former lawmaker, who stated this in his recent interview with the Guardian, urged Nigerian men to emulate the northern men by marrying more than one wife.

He said: “Many women are out there without a husband, especially in the southern part of the country, and there is a high level of pr#stitution. If the southern men emulate their northern counterparts by marrying more than one wife, that could probably change the situation.

“An average southerner may have one wife with girlfriends, and he is spending money on the girlfriends, sometimes even more than his wife.

“For instance, the man, who has three wives, concentrate on them, every money he makes is spent on his family, and he is more likely not to have a girlfriend or concubines. The money those with several girlfriends spend on them is a gift, not an investment in the family.”

Nwoko, who has multiple wives, noted that he and the Ooni of Ife, Oba Enitan Ogunwusi, are serving Nigeria by marrying many wives.

Ned, who further claimed to have the same background as Ooni, explained that their grandfathers were kings and had served Nigeria in that capacity. “And we are now also serving Nigeria by marrying many wives.”