The All Progressives Congress (APC) Senator, who was in the state for the coronation and presentation of staff of office to the Emir of Kagara, Alhaji Ahmed Garba Gunna, was said to have returned to Abuja after the event. 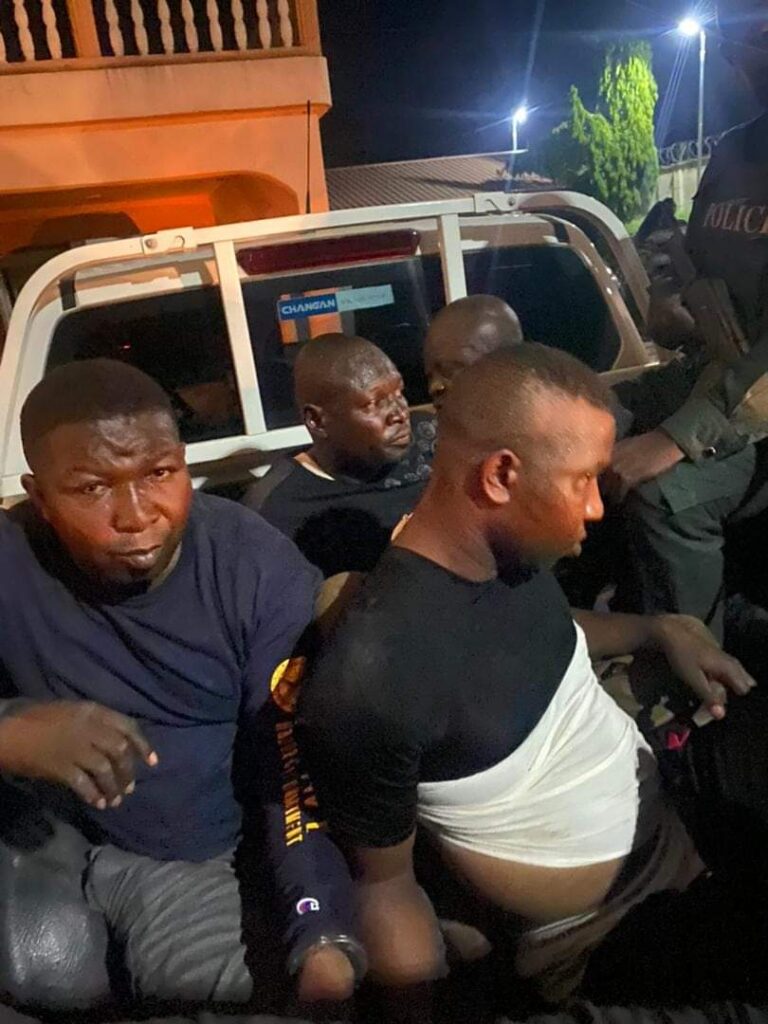 Security operatives have apprehended some gunmen at the Minna, Niger State Residence of Mohammed Sani Musa, Senator Representing Niger East Senatorial District in the National Assembly.
According to DailyTrust, the All Progressives Congress (APC) Senator, who was in the state for the coronation and presentation of staff of office to the Emir of Kagara, Alhaji Ahmed Garba Gunna, was said to have returned to Abuja after the event.
Residents told Daily Trust that the suspects, numbering about seven, must have trailed the senator from Abuja after getting information that he was in the state to attend the coronation ceremony.
The invaders, who were armed, forced themselves into the house but were repelled by the security men on ground and a reinforcement team from Tudun-Wada police station.
“The Senator had proceeded to Abuja after attending the coronation and presentation of Staff of Office to the Emir of Kagara, Alhaji Ahmed Garba Gunna. But the gunmen came to the house.
“However, luck ran out of them, when they were repelled and apprehended by heavily armed security men. Currently, they are being held in the custody,” one of the close allies of the senator said.
When contacted, the Niger State Police Command’s Public Relations Officer, DSP Wasiu Abiodun, confirmed the incident.
He said four suspects had been arrested for impersonation and criminal conspiracy while other took their heels when they sighted the police rienforcement team.
“The fact of the incident is that on 03/12/2022 at about 1900hrs, based on a distress call received that some strange suspicious persons, driving a Toyota Sienna vehicle with Reg. No. FKJ 814 GP invaded the house of a Senator, located at Tudun-Wada, Minna. The Command immediately mobilised tactical teams to the scene.” He said.
He gave the names of the four suspects as Oladele Peter Akano (49) of Kuruduma, Abuja, Abdul Salisu (31) of Gwagwalada, Abuja, Felix Clarkson (47) of Karo Abuja and Babagana Alhaji (39) of Chideri-Polo, Maiduguri
Abiodun said during interrogation, the suspects claimed that they were mobilised by one Sherrif, now at large, a purported whistleblower who reportedly claimed to be working with a security agency in Abuja.
“Sherrif invited Akano, who is a teacher in a private school at Abuja. He also invited Clarkson, an instructor in a private institute ‘INSMO’ Abuja, Salisu who is a plumber from Gwagwalada, provided hammer and chisel for house breaking and Babagana Alhaji, with five others presently at large.
“Suspects confessed further that Sherrif stated there are foreign currency and arms kept in the residence of the Politician, hence they travelled from Abuja to Minna for a purported execution of search without any warrant.” Police Spokesman added.
Abiodun said on getting to the residence, the security operatives attached to the house suspected the fake team and raised alarm for reinforcement, while the Police operatives attached to Tudun-Wada Police Division and Anti-kidnapping team of the Command were drafted to the scene.
He said a Toyota Sienna vehicle was recovered, while other suspects took to their heels, on sighting the Police reinforcement teams.
The suspects have been transferred to SCID Minna for investigation.
Top Stories