While flaunting the cash, the singer appreciated his fans for the massive love shown to him during the show. 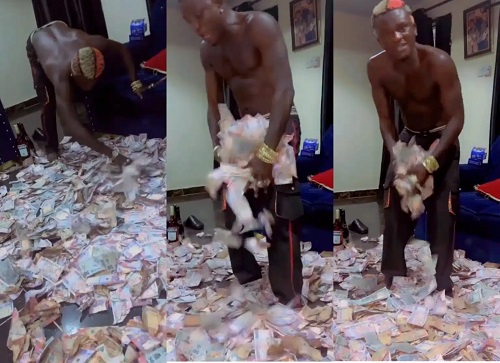 Nigerian singer, Habeeb Okikiola aka Portable has flaunted a massive pile of cash thrown at him by his wealthy fans.
He took to his Instagram page to share the video of the money.
“See money, I won’t go where they shoot gun, but where they spray money. They said they won’t spray, but see money”, the controversial singer said in the video shared on his Instagram.
This is not the first time he's getting such love from his fans. He had some days ago lamented that some fans sprayed him fake naira notes.
As it stands, the singer is cashing out from music so far.