The new series on Netflix shows some of the first messages they exchanged. 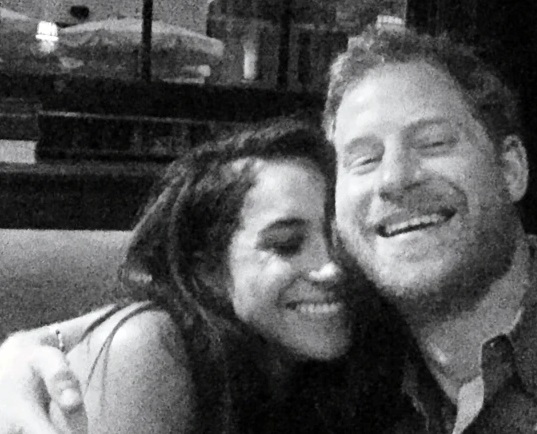 Meghan and Harry have finally released intimate details about their marriage.
The couple in a new Netflix series shared the first intimate messages they exchanged before they went on a first date.
In their new Netflix series, the first episode called "The first date" sees the Royal couple share how they met each other and went for drinks whilst she was visiting London in the summer of 2016.
The new series on Netflix shows some of the first messages they exchanged.
Her friends said: "It was the summer of 2016, Meghan had planned to travel around Europe and having a ‘single girl summer’ and she wanted to be ‘free’."
Meghan said: "I was really intent on being single, and just having fun girl time.
"I had a career, I had my life, I had my path, and then along came H. Talk about a plot twist.
"I was scrolling through my feed and someone who was a friend had a video of the two of them on Snapchat.
"It was the dog ears, that was the first thing."
Meghan then said she received an email from a friend, who said: "Between you and I, thought you might want to know this being newly single and all.
"I put our Snapchat on Instagram and Prince Haz follows me (he’s a friend) he called me last night dying to meet you. Hehehehe.
"I might just have to set you up."
Meghan replied, "Who is prince haz?????"
"I asked if I could see his feed," Meghan said in the documentary.
She added: "So that’s the thing. When people say, ‘Did you Google him? No.
"But that’s your homework, you’re like hmm, let me see what they’re about in their feed, not what someone else says about them, but what they are putting out about themselves.
"That to me was the best barometer.
"I went through and it was just like beautiful photography and all these environmental shots and this time he was spending in Africa."
Harry replies: "Phew"
Harry then said they exchanged mobile numbers and were "constantly in touch".
He then text Meghan whilst she was in the UK and said: "So come on = what u doing tomorrow night? Hope you’re having fun over there!"
She replied with: "Heading back to Soho. I have a dinner tomorrow at 8 but can do drinks tomorrow night. Would that work? Maybe 6?"
He replied: "YOU’RE ON".
They then agreed to meet for drinks at the swanky bar 76 Dean Street in Soho, London.
At the time they were meant to meet, Prince Harry was stuck in traffic and was late.
Meghan said: "So I was like, 'Oh is this what he does? Got it.' Like, this, I’m not doing, I’m not gonna sit."
Harry replies: "What’s that supposed to mean?"
Meghan said: "Like, you’re one of those guys who has so much of an ego, that you’re not gonna..that any girl would sit around and wait a half an hour for you."
"I was just not interested in that," she said.
Harry then said he was a "hot, sweaty red ball of mess" when he finally turned up to the drinks, and he was "so embarrassed and late".
Meghan said he was so "refreshingly fun" and they spoke for about an hour, before she told him she had other plans.
The following day Meghan rang Harry and asked him out for dinner at the same place.
But it was Meghan who was late this time. She had been at Wimbledon, and went home to get "dolled up" but was running behind schedule.
Top Stories