In an interview with reporters in Abuja on Wednesday, Metuh described the new CBN policy as draconian and an inconvenience to poor Nigerians. 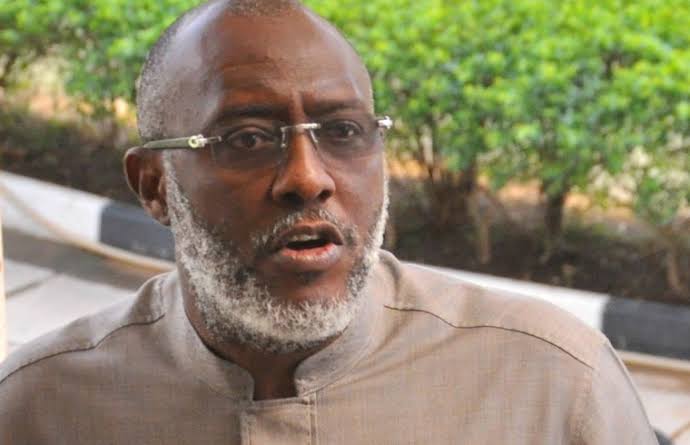 Former spokesperson of the Peoples Democratic Party (PDP), Olisa Metuh has frowned at the Central Bank of Nigeria's new cash withdrawal limit policy.
The CBN policy released on Tuesday restricts over-the-counter cash withdrawal by individuals and organisations to N100,000 and N500,000, respectively, per week.
According to a memo signed Tuesday by the CBN’s Director of Banking Supervision, Haruna Mustafa, the policy limits cash withdrawals via point-of-sale machines and automated teller machines to N20,000 daily and N100,000 weekly, respectively.
The new directive, which takes effect from January 9, 2023, stipulates that withdrawals above the thresholds would attract processing fees of five percent and 10 percent, respectively, for individuals and corporate entities going forward.
According to the apex bank, only N200 and lower denominations will be loaded into their ATMs and restricted withdrawal to N20, 000 per day from ATMs.
In an interview with reporters in Abuja on Wednesday, Metuh described the new CBN policy as draconian and an inconvenience to poor Nigerians.
The former PDP spokesman said the new policy is counterproductive and would inflict pain on the lowest level of citizens who would need to buy Point of Sales (POS) machines
He said, “The recently released circular on the new cashless policy by the CBN is counterproductive and an inconvenience to poor Nigerians.
“It is inconceivable that in an economy bedeviled with random and multiple bank charges, the Nation’s Central Bank will decide to inflict the lowest level of citizens with a mandatory acquisition of Point of Sales (POS) machines.
“This exposes the poor to multiple deductions by banks and may be an opportunity to fleece the people.
“How do you expect Nigerians to patronise the banana and fruit sellers? Should we stop buying from petty traders because of network delays in effecting transactions?
“What of the attendant ceaseless and multiple deductions from the accounts of these petty traders? What of the security scare of waiting to confirm payments by the roadside?
“Is this a good time to effect a sudden, immediate, and almost total cashless policy in our economy?
“We have witnessed cash transactions even in developed economies of the world. There is no thriving economy where people are restricted from withdrawing less than $30 in a day and $120 in a week.
“This new directive by the CBN is as draconian as it is counter-productive to self-employment at the lowest cadre.”
Metuh called on the CBN to freeze withdrawal charges by banks and introduce policies that would address the hardship poor Nigerians will suffer as a result of the new cashless policy.
He said, “I call on the CBN to mitigate these measures with a freeze on withdrawal charges by banks and introduce policies to ensure that transfers and transactions are not impeded by network problems.
“Otherwise the policy will be reminiscent of Idi Amin’s order to print more money in the old Uganda.
“The CBN should not allow the lives of very poor Nigerians to be frustrated to such an extent as openly embracing crime as an alternative to mean policies of the government.
“At times like this, we all expect our elected and appointed representatives to defend the interest of the ordinary people.
“A society that does not care for the poor will eventually witness anarchy and violent revolt.”
Top Stories