The Governor of the Central Bank made this revelation in Daura, Katsina State, while briefing journalists after he met with President Buhari. 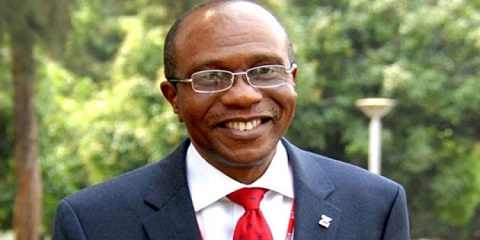 CBN Governor Godwin Emefiele has disclosed the amount of old notes received through the banking system to be swapped for new notes which become effective Jan 31, 2023.
According to him, banks have received roughly N1trillion, DailyTrust reported.
The Governor of the Central Bank made this revelation in Daura, Katsina State, while briefing journalists after he met with President Buhari.
Cashless Policy Can’t Be Reversed, Says Emefiele
Governor of the Central Bank of Nigeria, Godwin Emefiele, has ruled the possibility of reversing the ongoing implementation of cashless policy.
The House of Representatives at Thursday plenary asked the CBN Governor to suspend implementation of the policy pending the outcome of the expected engagement on the compliance with the relevant sections of the CBN act and the 1999 constitution on the monetary policies of the apex bank.
He was asked to appear Thursday next week to explain to the House on the impact and significance of the new policy.
On Wednesday, the Senate raised concerns about the latest CBN policy on cash withdrawals and fixed Tuesday to debate the new policy.
But speaking with State House reporters after briefing President Muhammadu Buhari on happenings in the CBN and the Nigerian economy in Daura, Katsina State, on Thursday, Emefiele said a lot of electronic channels had been put in place in 10 years since the cashless policy was launched in 2012.
He said the cashless policy was stepped down on a number of occasions to fully prepare for the implementation of the policy and deepen payment system infrastructure in Nigeria.
He said the visit was to assure the President that all plans on the currency and cashless policy were “going on well.”.
On the redesign of currency notes, the CBN governor said the banks had started dispensing the new cash which reached their various offices on Wednesday to their customers.
“I can only just assure you that it will go round, let us just be calm, luckily the old currency continued to be legal tender till January 31, 2023. So, I want to crack a joke, both the painted (new notes) and unpainted (old notes) will operate concurrently as a legal tender. But by January 31, the unpainted one will not be useful to you again, so please take it to your bank as quickly as possible,” he added.
Emefiele said about N1 trillion of the old notes had been returned to the banking system.
On what the CBN would do about the policy after the Senate kicked against the withdrawal limit, he said: “The Senate of the Federal Republic is National Assembly, they are legislative arm of the government and from time to time we brief them about what is happening and about our policies and I am aware that they have asked for some briefings and we will brief them.”
“Having 1.4 million of them is as good as having 1.4 million banking points where people can conduct services. And we think, Nigeria is a big country, the biggest economy in Africa that we need to leapfrog into the cashless economy. We cannot continue to allow a situation where over 85 per cent of the cash that is in circulation is outside the bank. More and more countries that are embracing digitization have gone into cashless.
“And I said it at different fora, that this is not targeted at anybody, it is just meant for the good and development of the Nigerian economy and we can only continue to appeal to Nigerians to please see this policy the way we have presented it. We will be reviewing from time to time how this is working because I cannot say that we are going to be rigid. But it is not to say that we will reverse, it is not to say that we will change the timing, but whether it is about tricking some amount to be a little bit higher or a little bit lower, and all the rest of them.
“We will do so because we are humans, we want to make sure that we are make life good for our people. We do not want to make life difficult for them. So, there is no need for anybody to worry, the central bank is monitoring what is happening and I can assure everyone that we are up and alive to our responsibilities and we will do what is right for Nigeria and Nigerians.”
Under the new withdrawal policy, the CBN restricted the maximum cash withdrawal over the counter (OTC) by individuals and corporate organisations per week to N100,000 and N500,000 respectively.
The CBN stated, however, that withdrawals above the thresholds would attract processing fees of 5 per cent and 10 per cent respectively for individuals and corporate entities going forward.
The new withdrawal regime further pegged the maximum cash withdrawal per week via Automated teller Machine (ATM) at N100,000 subject to a maximum of N20,000 cash withdrawal per day.
Top Stories