Ronaldo has been in the news lately over his controversial interview where he revealed some shocking details about the Red Devils. 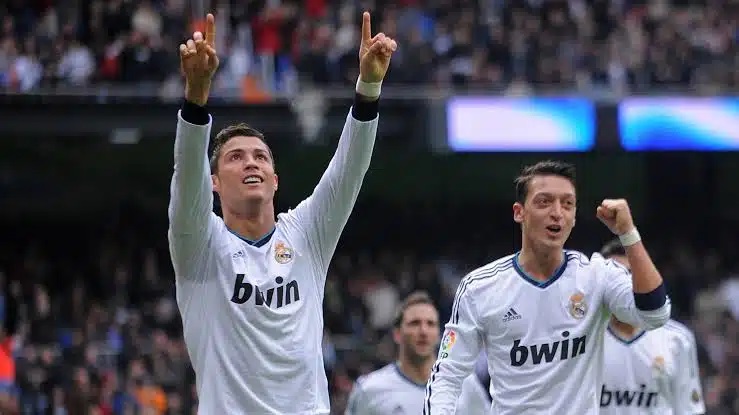 Former Arsenal midfileder, Mesut Ozil has lashed out at the press over its treatment of Portugal captain and ex-Manchester United forward, Cristiano Ronaldo.
Since Ronaldo's controversial interview with Piers Morgan, the press have been reporting different untrue stories about him.
The five times Ballon d’or winner had in the interview, expressed his dislike for the club manager, Erik ten Hag.
The interview eventually saw the Premier League side part ways with Ronaldo who is currently with his national team at the World Cup in Qatar.
Ozil, who had played with Ronaldo in Real Madrid, condemned the negativity from the press about Ronaldo.
He further stated that the media are interested in getting traffic, adding that the pundits are also trying to get attention with reports about Ronaldo.
The midfielder called on people to show Ronaldo respect, whom he described as one of the greatest athletes in sport history
Ozil in a post on his Twitter account on Friday wrote, “I really don’t get where this constant negativity from the press about Cristiano comes from … The Media is just trying to get clicks, and pundits who don’t have a career anymore just want to get attention with his big name and try to make him look bad.
“He is soon 38 years old – so what’s the surprise that he doesn’t score 50 goals a season anymore? Every football fan out there should be happy to have seen him playing world class football for 20 years.
“I don’t think anyone from the new generation will be able to match his numbers again. He will forever be in his own category.
“Everyone should show more respect to one of the greatest athletes in sports history.”
Top Stories