He was nabbed on November 8 at Nekede Owerri, while he was attempting to sell a Toyota Corolla car he allegedly stole from his older female lover. 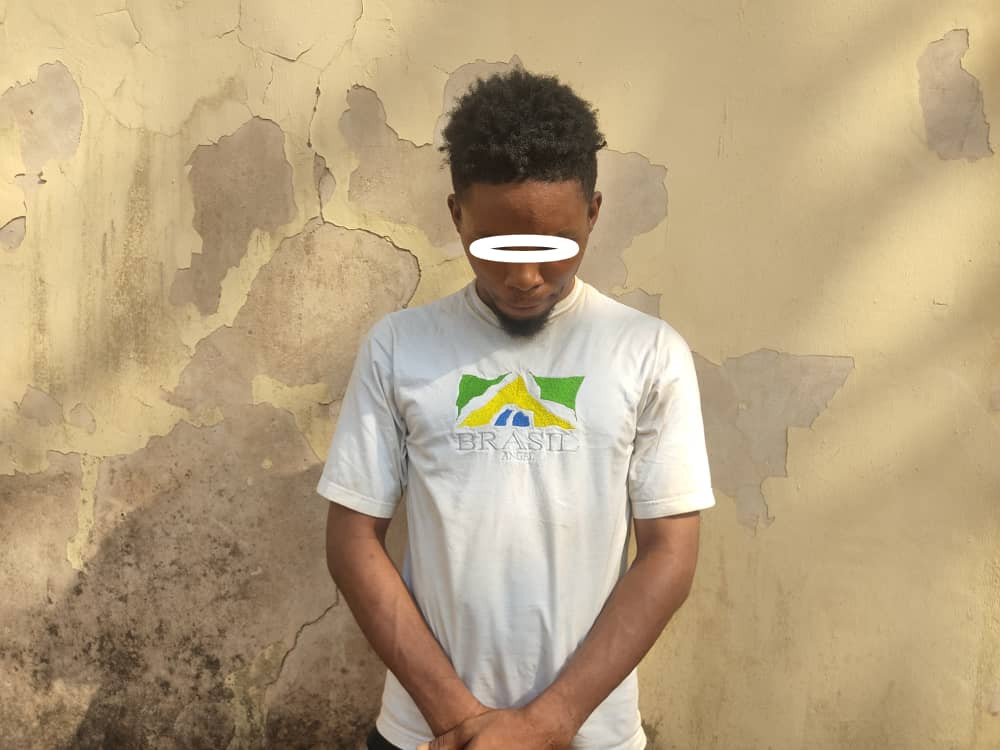 A young man identified as Osuagwu Chidubem, has been arrested by detectives serving in the Homicide Section of the State CID Enugu and working with Police Operatives in Imo State Command.

He was nabbed on November 8 at Nekede Owerri, while he was attempting to sell a Toyota Corolla car he allegedly stole from his older female lover, one Amarachi Chukwu aged 32, after allegedly murdering her in her residence at Meniru, Awkunanaw, Enugu on November 1.

Confirming the arrest, the spokesperson of the Enugu state police command, DSP Daniel Ndukwe, says an investigation by the police revealed that the suspect and his cohort at large, had in the morning hours of the mentioned date conspired and went to the house of the victim, attempted to make away with her Toyota Corolla key, which she resisted.

''Upon her resistance, they tied her hands, legs and mouth with clothes; locked her inside of the house and made away with the car.

Her decomposing remains was, however, found in the said apartment on November 4  after the door was forced opened by Police Operatives serving in Ikirike Police Division of the Command, following the receipt of a report that an offensive odour was oozing out of the apartment. The Operatives evacuated the remains to the hospital, where doctors confirmed her dead and the corpse deposited in the mortuary for preservation and autopsy''' Ndukwe said

The police spokesperson mentioned that the suspect was consequently arraigned in court upon the conclusion of its investigation and has been remanded in Custodial Centre custody till the further hearing of the case.