Four Sentenced To Death By Hanging For Conspiracy, Armed Robbery In Ekiti


The defendants were arraigned before Justice Bamidele Omotoso of the Ado Ekiti High Court on 24th August 2020 on a seven-count charge bordering on conspiracy, armed robbery, attempted murder and cultism. 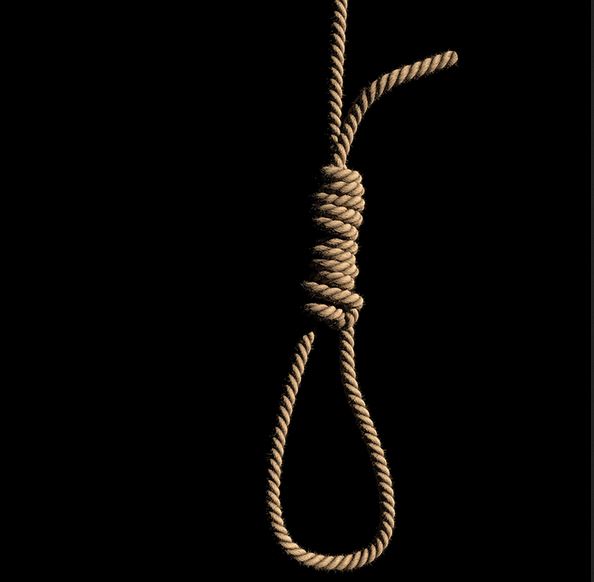 Four persons, Ojo Ajayi, 22, Adebisi Ogundare,23, Matthew Osalade, 23, and Busayo Adeniyi, 23, have been sentenced to death by hanging for armed robbery and other criminal offences.

The defendants were arraigned before Justice Bamidele Omotoso of the Ado Ekiti High Court on 24th August 2020 on a seven-count charge bordering on conspiracy, armed robbery, attempted murder and cultism.

According to the charge sheet, the quartet on 1st January 2019 at Odo-Ado Area of Ado Ekiti, did conspire to commit armed robbery on Mary Ezeaku, Joshua Ige and Hassan Abdulmalik. They also attempted to murder one Olajide Babatunde. They were as well found to be members of a prohibited secret society, Eiye Confraternity.

Armed with offensive weapons including guns, axe and knives, they dispossessed the victims of their belongings such as phones, necklaces, wristwatches and N30,500 cash among others.

One of the victims, Joshua Ige who testified before the court said: “We were coming from a show in Ekute Quarters of Ado Ekiti around 4:00 am. We boarded a bike to Odo-Ado. When we were approaching Odo Ado area, he suddenly stopped at a lonely place, before we could ask what happened, other boys came out of their hidings, they pointed a gun at us, some of them held axe and knives and they robbed us of our phones, necklace, wristwatch and other valuables.”

The criminals were subsequently arrested after the matter was reported at the police station.

The prosecutor, Albert Adeyemi called six witnesses and tendered defendants’ statements, as well as one locally-made pistol, one live ammunition, two axes, two cutlasses and twelve handsets among others exhibits.

The defendants who spoke through their counsel, Adeyinka Opaleke, Ekiti State Coordinator of the Legal Aid Council, called no witnesses.

In his judgment, Justice Bamidele Omotoso said: “I resolve the sole issue for determination in this case partially in favour of the prosecutor and against the defendants, they were found guilty of the offences of conspiracy, armed robbery and attempted murder.”

He said the punishment for armed robbery is death. “And for the offence of armed robbery, the sentence of this court upon the defendants is that they are hanged by the neck until they are dead,” the judge pronounced.

The judge also sentenced them to life imprisonment for attempted murder and seven years imprisonment each for the offence of conspiracy.