It was learnt that the NSITF boss, with discharge certificate number A030544, was invited by the police after a criminal complaint against him was forwarded to the Commissioner of Police, FCT Command, Sunday Babaji. 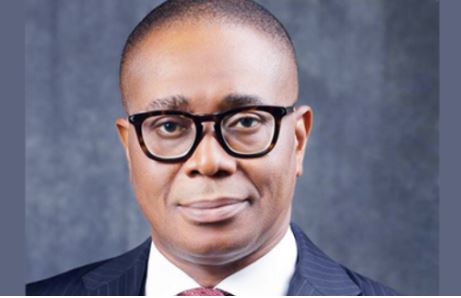 Michael Akabogu, the Managing Director of the Nigeria Social Insurance Trust Fund (NSITF), has been summoned by the police, according to a report by SaharaReporters.

He was summoned by the Nigeria Police Force over the alleged forgery of his National Youth Service Corps (NYSC) Discharge Certificate.

It was learnt that the NSITF boss, with discharge certificate number A030544, was invited by the police after a criminal complaint against him was forwarded to the Commissioner of Police, FCT Command, Sunday Babaji.

The police, according to a source, wrote to the NYSC to demand clarifications on the certificate.

The NYSC, in a response letter with reference number NYSC/CCD/VER/10/S.1/VOL/07 to the police, a copy of which was obtained by Daily Trust, disowned Akabogu’s discharged certificate.

SaharaReporters learnt that Akabogu had claimed in the copy of the alleged forged NYSC discharge certificate that he was mobilised vide NO. OG/ FUTO/ 91/23402 for the first batch from 4th, October, 1991 to 3rd October 1992.

Investigation by SaharaReporters revealed that Akabogu's discharge NYSC certificate bearing number A030544 was allegedly forged and the first batch of 1991 corps members were mobilised on the 16th of September, 1991 and discharged/passed out on 15th of September 1992 as against the claims of Akabogu that he was mobilised for the first batch from 4th, October, 1991 to 3rd October 1992.

It would be recalled that in August, 2022, during a probe of the Nigeria Social Insurance Trust Fund (NSITF) by the Senate Public Account Committee (SPAC) scrutinising the audit queries issued against NSITF as contained in the 2018 report of the Auditor General for the Federation (AUGF) to explain the spending of N17.158bn in 2013, NSTIF could not justify the spending with required documents saying that some of the vouchers had been eaten up by termites and this scandal generated series of mixed reactions across the country.

Speaking to SaharaReporters, a source, who pleaded for anonymity disclosed that the MD fraudulently gained a director level appointment some six years ago at NSITF and was subsequently appointed the substantive Managing Director/Chief Executive Officer of the agency in 2021 with an alleged forged NYSC discharge certificate bearing certificate number, A030544.

"This fraudulent public servant has been confirmed to be a pathological liar. Some of us are very ready to meet the fraudulent Managing Director in court and testify under oath. There are concerns that the Honourable Minister, who was misadvised by the fraudster and his cronies to recommend him to Mr. President to take up the position of Managing Director of NSITF, which he was not qualified to hold ab-initio.

"We are therefore calling on the Honourable Minister and the law enforcement agencies to take urgent action to save the agency from Akabogu, the imposter and the troubles it portends for the agency. The Managing Director must do the needful and vacate the seat and refund every money received as salaries from the government coffers, wages, allowances and resign honourably just as former finance minister, Kemi Adeosun did,” the source said.

Contacted on the issue of alleged falsification of his NYSC discharge certificate, Akabogu, denied the allegation, saying, "It's all lies, I participated in the one year NYSC assignment."

It read in part, “Your letter Re: Case of forgery involving a Corps member, Akabogu Michael C. with State Code No. OG/FUTO/91/23402

“I wish to inform you that the Certificate of National Service belonging to Akabugu Michael C with Certificate number A030544 forwarded for verification was not issued by the NYSC.

“However, you are requested to retrieve the original Certificate for onward submission to the NYSC.”

The spokeswoman of the Police in the FCT, Josephine Adeh, confirmed the invitation to Daily Trust in a telephone interview.

She said the commissioner of police had ordered a discreet investigation on the complaint.

She said, “We invited him, there was a letter of complaint to the commissioner of police by the NYSC. You know when they write such letters the police has to investigate, that was the essence of the invitation to come and explain, they said the certificate is forged.”