IGP Complies With Court Order, Escapes Being Thrown Into Prison


Justice Olajuwon held that in view of the development, the application by the IGP, seeking the vacation of the committal order is worthy of sympathetic consideration 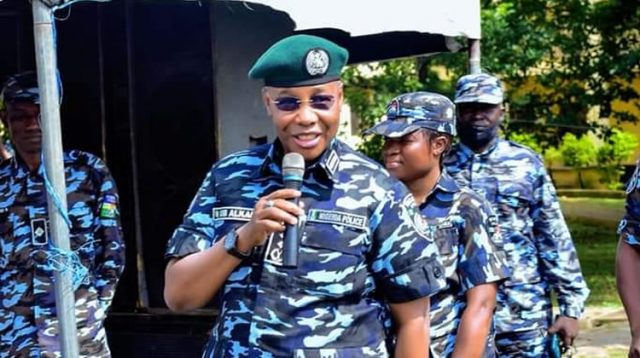 The Inspector General of Police, Usman Baba has escaped being committed to prison for contempt after complying with court order.
This comes after a Federal High Court in Abuja vacated its November 29, 2022 ruling ordering the IGP to be thrown into prison.
Justice Bolaji Olajuwon, in a ruling on Wednesday, held that there was evidence before her court that the IGP has substantially complied with the court’s earlier order directing the reinstatement of an officer, Patrick Okoli, who was compulsorily retired.
Justice Olajuwon held that in view of the development, the application by the IGP, seeking the vacation of the committal order is worthy of sympathetic consideration.
Olajuwon said, “In view of the substantial compliance with the order of the court and the assurance of ensuring full compliance, the order commuting the applicant, IGP, Usman Alkali Baba, is hereby set aside.”
The judge had in the November 29 ruling convicted the IGP and sentenced him to a three-month jail term for failing to obey the October 21, 2011 judgment of the Federal High Court reinstating Okoli.
Okoli was compulsorily retired in 1992 while serving in the Bauchi State Command as a Chief Superintendent of Police by the Police Council (now Police Service Commission, which claimed to have acted under Decree 17 of 1984, a decision the court voided in the October 2011 judgment.
Reacting to the latest verdict, Force spokesperson, Olumuyiwa Adejobi, said the ruling was a testament to Baba’s innocence and respect for rule of law.
Adejobi said, “Today’s verdict proves the innocence of the IGP, Usman Baba, and his and the NPF’s respect for the rule of law. We will, however, release an official statement soon.”
Top Stories