One Killed As Police Rescue Kidnap Victim In Delta


The police operatives relentlessly went after them, and successfully neutralized one of the suspects while three others escaped. 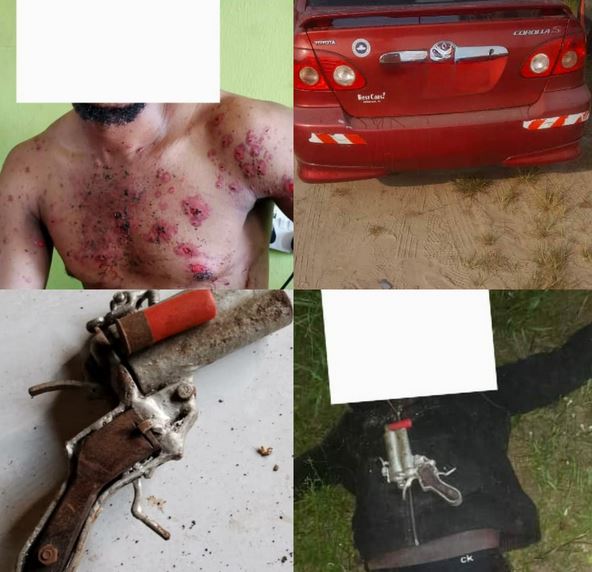 A suspected kidnapper has been eliminated by the Delta state police command while rescuing a victim in Isoko North local government area of the state.

A statement released by DSP Bright Edafe, spokesperson of the state police command, said on December 13, the DPO Ozoro received a distress call, that the residence of one man (name withheld) along Owhelogbo road, Ozoro was attacked by assailants who shot at him, forced him into the trunk of his own car, and took him away.

Edafe stated that the DPO, CSP Ogedengbe Areguamen, upon receiving this information, mobilized and led Police operatives/vigilantes to Owelogbo road, and other parts that exit Ozoro in a bid to rescue the kidnapped victim, and possibly, arrest the suspects.

Their effort paid off when they sighted a Corolla car with a registration number that matched the description given by the distress caller.

In an attempt to intercept them, the suspects abandoned the victim in the trunk of the car, disembarked from the vehicle, and fired some shot while escaping into a nearby bush.

He added that the police operatives relentlessly went after them, and successfully neutralized one of the suspects while three others escaped.

''The Kidnapped Victim was rescued and taken to the hospital for treatment. His vehicle, one locally made cut-to-size double barrel gun were  recovered.  Effort to arrest the fleeing suspects is ongoing.'' Edafe said