Narrating the incident to our correspondent, Kingsley said the cops beat him and his brother to a pulp, adding that Cosmos later gave up the ghost. 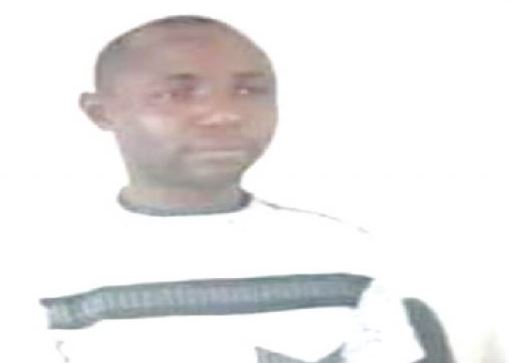 A police officer who is yet to be identified has been detained in Rivers State.

He was detained for allegedly killing a 40-year-old truck driver, Cosmos Ozioko, at Elele, in the Obio/Akpor Local Government Area of Rivers State.

PUNCH Metro reports that five policemen on a stop-and-search duty intercepted a motorcycle conveying Cosmos and his younger brother, Kingsley Ozioko, while they were returning to their place of work around 7.40pm on Sunday.

Narrating the incident to our correspondent, Kingsley said the cops beat him and his brother to a pulp, adding that Cosmos later gave up the ghost.

He said, “We took a motorcycle from CPM Roundabout to Elele. When we got to the checkpoint, there were about five policemen there. They started searching us. I was the first person they searched.

“They searched everywhere, including my private parts, but found nothing. They now searched my brother. They searched our private parts as if they gave us something to hold for them. In the process, his phone fell and scattered.

“My brother asked them (policemen) to assemble his phone and give it to him; they didn’t answer him. I picked the mobile telephone and put it the way it was.

“To avoid trouble, I beckoned on my brother for us to leave. As we were leaving, my brother asked the okada rider who was waiting if that was how the policemen were searching everybody that passed.

“The next thing, two of the policemen rushed at him, and another one pounced on me. They started beating us, marching us with their boots and using the butts of their guns to hit us.

“They ordered us to sit on the ground and asked where we came from. We said Nsukka, Enugu State. They said, ‘Okay, this thing you people are doing in the village you have brought it here.’ One of them used the butt of his gun to hit us, the other two used their boots on us.

“They were beating us until my brother collapsed. I started calling him, ‘Brother, brother.’ People brought pure water sachets which I used on him. He was still breathing then, but weak.”

He said his brother was rushed to a nearby hospital, where a nurse said the facility lacked oxygen.

Kingsley said he was referred to a private medical facility, Madona Hospital, Elele, where his brother was confirmed dead.

“Before I looked back, I only saw one policeman. The others had disappeared. I want justice for my brother. Let the policemen that killed my brother be arrested and charged so that his spirit can rest,” he added while fighting back tears.

He said the case was reported to the police at Elele, adding that it was later transferred to the State Criminal Investigation and Intelligence Department.

Kingsley said he was still in pain from the beating he got and was taking medication.

The spokesperson for the state police command, Grace Iringe-Koko, confirmed the death of the truck driver, but said it was a disagreement between one of the policemen and the victim.

She said, “What happened was that a police inspector had an issue with some passengers on a motorbike. I don’t know if he was beaten, but one of the men slumped and he was rushed to the Madonna University Teaching Hospital for treatment.

“He was being treated but later confirmed dead by a doctor. But the inspector has been arrested and detained. The matter has been transferred to the State CIID for discreet investigation.”