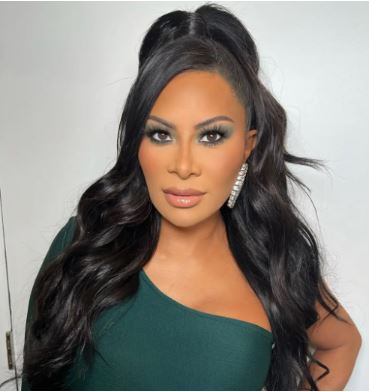 Jen Shah, the American television personality, has opened up about her battle with suicidal thoughts.

She said she attempted suicide after her co-star Angie Harrington and husband Chris Harrington used her name for their troll Instagram account amid her fraud scandal.

During Wednesday’s episode of "The Real Housewives of Salt Lake City," the 49-year-old told co-star Whitney Rose that she was so overwhelmed with everything happening in her life that she was suicidal.

She said: "I tried to commit suicide and my husband had to take me to the hospital."

She added that "the whole Angie Harrington and Chris Harrington [thing] affected me so much that I tried to take my life."

Shah explained the use of her last name in the troll account implied that her entire family was involved.

In the previous episode of "RHOSLC," Shah revealed that she started taking antidepressants after she was accused of scamming millions of dollars from people.

Shah pled guilty to the fraud charges in July for allegedly running a nationwide telemarketing scheme that targeted hundreds of elderly people.

Although she maintained her innocence for months, Shah changed her plea at the last minute and admitted to committing "wire fraud" and knowingly offering services with little to no value to people "over the age of 55."

In November 2022, her sentencing date was postponed and she is now scheduled to face her fate on Jan. 6, 2023.

Shah could face up to 14 years behind bars and may pay up to $9.5 million in restitution for the crimes.