The arrest came after the Edwards’ Paycheck Protection Program funds were seized by the Secret Service way back in April 2020 after the feds suspected their family ministry was bogus. 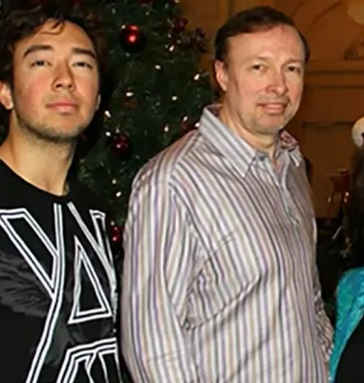 Police officers in the US have arrested a Florida pastor and his son.
The duo were arrested Wednesday. Dec. 14, for allegedly fraudulently obtaining $8.4 million in COVID relief funds and using most of it to purchase of a luxury mansion on Disney World property.
Evan Edwards and his son Josh — the respective president and vice president of the so-called ASLAN International Ministry — were taken into federal custody from their family home in New Smyrna Beach, NBC News reported.
The arrest came after the Edwards’ Paycheck Protection Program funds were seized by the Secret Service way back in April 2020 after the feds suspected their family ministry was bogus.
Josh applied for the loan in April 2020, claiming his family’s religious nonprofit ASLAN had 486 employees and a $2.7 million monthly payroll, according to a federal forfeiture complaint.
ASLAN’s actual number of employees and payroll expenses were "significantly lower, or entirely nonexistent," the indictment states.
Though they asked for $6 million, the family ministry — which also appointed Evan’s daughter, Joy Edwards, as secretary — was approved for a whopping $8,417,261.38 the following month.
The Edwards then allegedly moved the funds across various bank accounts linked to members of their family, feds said.
About $868,250 was sent to a Royal Bank of Canada account in Evan’s wife Mary Janes Edward’s name before it was used to purchase a $3.7 million 4,700-square-foot house on Orlando’s Symphony Grove Drive, a property that is part of Disney World’s Golden Oak development, according to the feds.
Federal officials visited the New Smyrna Beach home in September 2020 to find the house cleared out.
The next day, Florida police stopped a car for speeding to find all four Edwards members inside with luggage and apparent evidence of their schemes, though they claimed they were going to a conference in Texas, according to past federal court filing.
The family, originally from Canada, was taken into custody on an immigration charge but was released the next day NY Post reports.
Following orders from a judge, the Edwards returned the $8.4 million in its entirety in April 2021.
Evan and Josh were hit with six charges, including conspiracy to commit bank fraud and visa fraud.
Top Stories