The Senator who has been in custody in London over an alleged organ harvesting scandal spoke to a Federal High Court in Abuja. 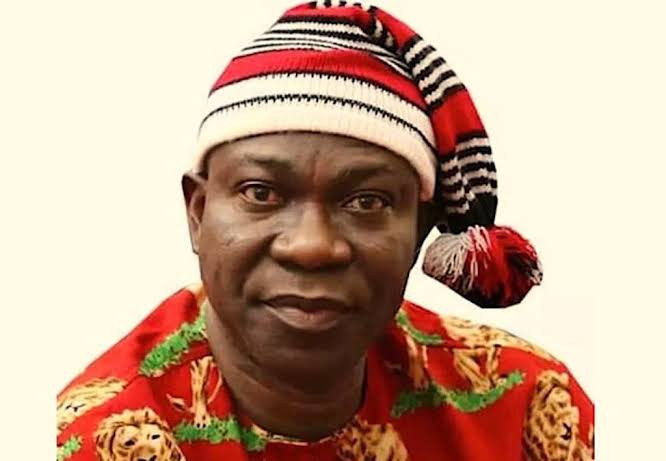 A former Deputy Senate President, Ike Ekweremadu has claimed that the Economic and Financial Crimes Commission EFCC is responsible for his travails at a London court where he is in detention.
Ekweremadu spoke on Thursday at the Federal High Court in Abuja through his lawyer, according to DailyPost.
The Senator who has been in custody in London over an alleged organ harvesting scandal told the Federal High Court that the anti-graft agency wrote a letter to the London Court that made the foreign court refuse to admit him to bail.
Ekweremadu’s allegations were contained in an application he filed before a Nigerian court seeking an order to set aside interim order granted in favour of the Federal Government forfeiture of 40 of his properties in the country and outside the country.
In the application brought by his counsel, Chief Adegboyega Awomolo SAN, Ekweremadu claimed that the forfeiture order was granted the Federal Government in error because the EFCC suppressed information and facts in respect of the properties.
Specifically, the detained Senator alleged that the EFCC fraudulently obtained the forfeiture order for the government by concealing information that the investigation on the 40 properties started as far back as 2008.
Among others, he alleged that the EFCC was fully aware that he was in detention in London when the application for forfeiture of the properties was filed and argued.
He said that the anti-graft agency deliberately refused to disclose to the court that he was in London detention and would not be able to counter the forfeiture request.
The Senator, therefore, prayed the court to set aside the forfeiture order and stay proceedings in the matter until he resolves his ordeal before the London Court.
However, counsel to the EFCC, Mr Silvanus Tahir SAN denied that his client was behind Ekweremadu’s ordeal.
He, however, admitted that EFCC wrote the London Court based on a special request adding that it was a normal routine for anti-graft agencies to exchange information that would be of help to one another.
Tahir did not oppose the request for a stay of proceedings till Ekweremadu fully resolved his matter before the London Court he, however, vehemently opposed the request for setting aside of the forfeiture order.
Justice Inyang Edem Ekwo after taking arguments from parties fixed January 11 next year for ruling in the matter.
The court had on Friday, November 4 ordered interim forfeiture of 40 landed property linked to Ekweremadu in some parts of the country and outside the country..
Justice Ekwo issued the order following an ex -parte motion filed and moved by Ibrahim Buba, lawyer to the EFCC.
Justice Ekwo, who granted the motion, ordered the anti-graft agency to publish the interim forfeiture order of the property in a national daily within seven days.
The judge had directed anybody who has an interest in the forfeited property to indicate within 14 days of the publication of the interim forfeiture order on why the property should not be permanently forfeited to the Federal Government.
The affected property includes 10 properties in Enugu, three in the United States of America, two in the UK, one in Lagos, nine in Dubai, the United Arab Emirates and 15 located in the Federal Capital Territory.
Top Stories