It was reported that the lady used a cigarette lighter to burn the boot of the car following a quick unprotected s3x in the man’s car. 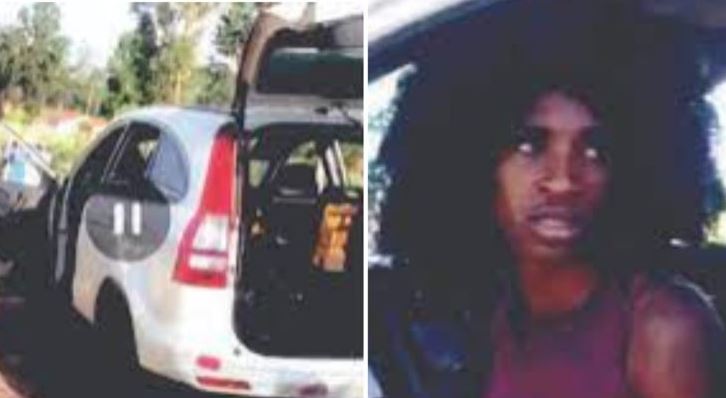 A commercial s3x worker reportedly set her client’s car ablaze after he refused to pay her US$20 for her services.

H-Metro reported that the lady used a cigarette lighter to burn the boot of the car following a quick unprotected s3x in the man’s car at Avenues, Zimbabwe. The fire was quickly put out by eyewitnesses.

A source told the publication;

“The guy failed to pay US$10 and the lady burnt the car.

“We extinguished the fire at around 6:30 am.

“The guy later disappeared from the scene with his car and I had to give the lady money for transport to go back to the Avenues.”

Asked why she burnt the man’s car, the woman said she can’t be used for beer. She said;

“Just because of beer, wotora munhu to have s3x naye. If he is wrong, he is wrong because of beer manje, is he now my husband? Let him give me my money. Why did he have s3x with me? I am a hooker, I was looking for money, so why would I not get into the car when negotiating?

Why would he give me US$10 instead of US$20. Ndezvake izvo. Why would he hire me when he’s not able to pay? Ngaandipe mari yangu. Ndaitwa rough. Ask the man, he initially approached me and I refused, he then tried my colleague and was rejected. He then came back to me again. Worse still he didn’t use protection. So, you saying ndingabve kumba kumira negogo kuti undipe doro?”

Responding to the woman's claim, the unidentified man said;

"Before she came in, I told her that I don’t have money.

“She then requested some beers which I had.

“She got into the car before we had s3x.

“We further enjoyed some beers, but now she is demanding money after we are done.

“I don’t have money.

“Apinda ega mumota munhu uyu. I was in the Avenues, I got lost here, I stay in Philadelphia.

“Boot rangu raita sei neUS$10, so why should I give her some money?