The operatives within the period recovered one AK-47 rifle with 51 live ammunition of 7.62mm calibre, three locally-fabricated Beretta pistols, one Pump Action gun, the butt of a locally-made gun, 31 live cartridges and other incriminating exhibits. 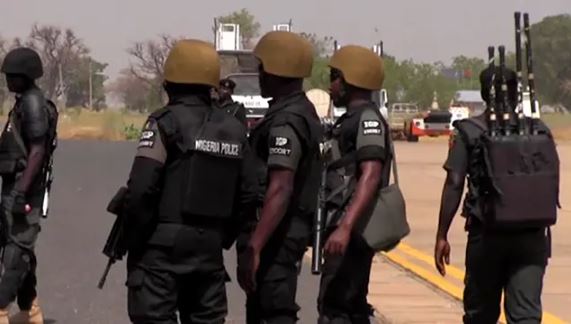 Four suspected high-profile criminals have been arrested by police operatives in Enugu State within a week’s time.

This is as the police upped their game to bring those instigating criminality and violence to book.

The operatives within the period recovered one AK-47 rifle with 51 live ammunition of 7.62mm calibre, three locally-fabricated Beretta pistols, one Pump Action gun, the butt of a locally-made gun, 31 live cartridges and other incriminating exhibits.

The Police Public Relations Officer (PPRO), DSP Daniel Ndukwe, said in a statement on Thursday in Enugu that the suspects believed to be among criminals instilling fear in the residents were arrested between Dec. 1 and Dec. 6.

Ndukwe said that the feat was achieved by the current operational and crime-fighting measures put in place by the state’s Commissioner of Police, Mr Ahmed Ammani.

He said that the commissioner had tasked police operatives to sustain the tempo in ridding the state of unrepentant criminals, while calling on the residents to continue to assist the police with credible information.

The PPRO said that acting on credible information, police operatives serving in the Anti-Cultism Squad arrested Ifeanyi Ngene, 36, at Akwuke in the Awkunanaw axis of Enugu, on Dec. 6 at about 9.30 a.m.

The police spokesman said that recovered from Ngene unlawful possession were one AK-47 rifle with 51 live ammunition of 7.62 calibre, one Pump Action gun with 25 live cartridges and two AK-47 rifle magazines.

He said: “Also, Kenechi Ngwuenwo , 25, was arrested on Dec. 6 at about 4.40 p.m. by operatives serving in Central Police Station, while on stop-and-search duty on Enugu-Onitsha Road, by New Market Enugu.

“One cut-to-size locally-fabricated gun with six live cartridges was found in his unlawful possession.

“Upon search conducted, three locally-fabricated Beretta pistols, one butt of a locally-made gun and other incriminating items were found in his unlawful possession.

“Consequent on further investigative actions, SWAT operatives of the Command, on Dec. 2, arrested Oforzoba Amandi, 26, at Anam in Anambra West LGA of Anambra, identified as the recipient of the firearms and a member of the criminal syndicate.”

Ndukwe noted that all the suspects would be arraigned and prosecuted once investigations were concluded on the respective matters.