The PAF provides secure airlift to the president, the vice-president, their immediate families and other top government officials. 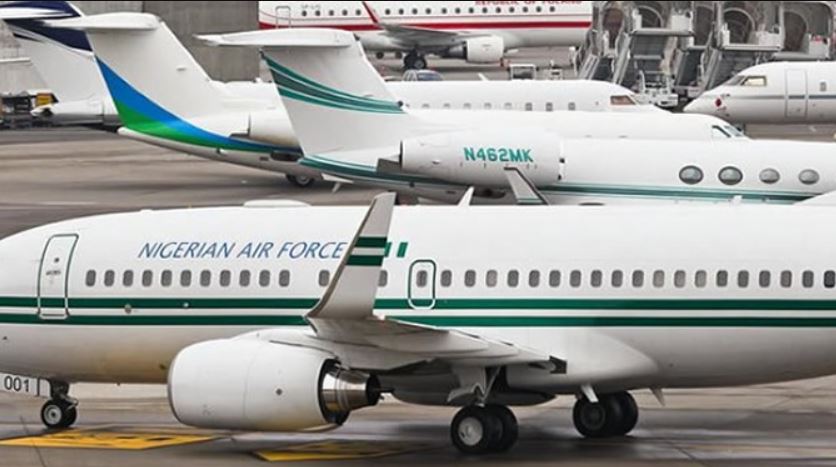 He decried the maintenance costs of the aircraft under the unit, which he said, are now being underfunded, warning of the safety implications.

Abdullahi told the House of Representatives Committee on National Security and Intelligence that reduction of the proposed Overhead Cost proposed by PAF, by the Budget Office of the Federation under the Federal Ministry of Finance, Budget and National Planning, will further make it difficult to maintain the presidential fleet.

The PAF provides secure airlift to the president, the vice-president, their immediate families and other top government officials.

The PUNCH had exclusively reported on November 27, 2022, that PAF was indebted to several service providers for various upgrades carried out on the 10 aircraft in the fleet to meet the required airworthiness. Due to inadequate funding, some installations on the aircraft had again been postponed to 2023.

Abdullahi had, in his budget defence presentation to the National Assembly, also complained that only N1.5bn was allocated for the maintenance of the aircraft out of the proposed N4.5bn.

The PUNCH had earlier reported that the budgetary allocation to the PAF had risen by 121 per cent in eight years.

He partly said, “Please note that the shortfall in the Overhead Cost usually affects aircraft maintenance activities in the fleet. The inadequacy of this provision was brought to the attention of the respected committee as it has always been during the budget defence and oversight visit.

“I wish to bring to your attention that aircraft maintenance, which accounts for 46 per cent of the overall budget proposal, is an integral part of the Overhead Cost. Consequently, the shortfall of the Overhead greatly affected aircraft maintenance activities in the fleet. Some mandatory upgrades were carried out on a credit basis, on the fleet’s longstanding relationship with maintenance companies, while others have been moved to the year 2023 budget.

“This committee may wish to note that the quality of aircraft maintenance conducted is directly proportional to flight safety and it is critical to the importance of safe operations in the fleet. It is important for this committee to note that for successive years, the fleet has been grossly underfunded which has made it difficult to operate. From the fleet records, debts from preceding years are usually carried over to the following year and this has become the tradition.

“Permit me to also state that most of these debts are owned by service providers overseas. Considering that over 85 per cent of the fleet expenditure is forex, the actual budget figure in dollars is further diminished.

“It is important to note that the average age of the presidential air fleet aircraft is 11 years and in aviation, maintenance increases proportionately with the age of the aircraft. Based on the fleet experience, the cost of maintaining each aircraft ranges between $1.5m to $4.5m depending on the level of maintenance.

“Additionally, the year 2023 is an election year, which translates to more missions and space requests for the aircraft due to increased usage.”

The commander noted that the PAF’s budget had been affected by the hike in the price of aviation fuel as the budgeted amount was insufficient.

According to him, some aircraft in the presidential fleet require compulsory refurbishment but the budget shortfall has prompted the repairs to be moved next maintenance year.

“The fleet is currently indebted to some of its service providers due to insufficient funding from the previous budgetary allocations and the situation makes it bad for planning,” he said.

“As stated earlier, we currently have to owe to carry out some mandatory upgrades on our aircraft so as to meet airworthiness requirements. In addition, some installations on our aircraft have again been moved to the year 2023 due to funds.”

Chairman of the committee, Sha’aban Sharada, said the lawmakers were aware of the constraints faced by PAF, assuring the Commander that they would do all that was possible to address the challenges.

Sharada partly said, “We are not unaware of the challenges that you face. In your earlier submission that aeroplane maintenance accounts for 46 per cent of your Overhead Cost. Thank you for carrying out your responsibilities with utmost patriotism and diligence despite the obvious constraint that confront you. The committee will do what it can to assist the fleet in addressing these challenges.”

The committee, which visited the headquarters of the Department of State Services last week, also visited the National Intelligence Agency in Abuja where it inspected its facilities.