The Ministry had in a letter dated 15th December, 2022, approved the Ogun State Operations Management Services (OSOMS) as one of the transport unions operating in its parks. 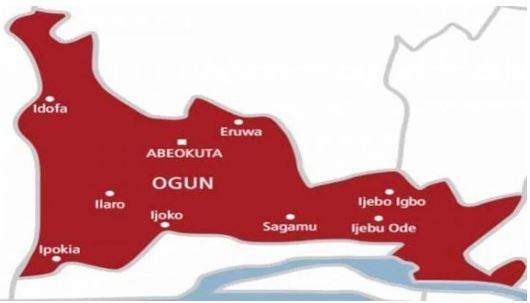 This is following the approval of another union by the Ogun State Commissioner for Transportation, Gbenga Dairo.

The Ministry had in a letter dated 15th December, 2022, approved the Ogun State Operations Management Services (OSOMS) as one of the transport unions operating in its parks.

The letter, made available to DAILY POST, indicates that OSOMS, led by its Chairman, Mustapha Ismahi Adewale (aka Yaro), is to join the subsisting unions, associations and organizations in the conduct of park operations and activities in the State.

The letter signed by the Director of Public Transport and Commuter Services, Engr. Shokunbi O.B.A., on behalf of the Commissioner, read partly: “Further to the above approval, I am also delighted to inform you that your proposal to offer revenue collection services on behalf of the state in the Ogun East Senatorial District, adopting the existing field operational plans, protocols and processes, has the endorsement of the Ministry of Transportation and that the Ministry’s consent has been communicated to the Ogun State Inland Revenue Services (OGIRS) accordingly.

“Please contact OGIRS with the view to the commencement of services in Ogun East Senatorial district on 26th December 2022 and on subsequent alternate week slots compliant with OGIRS processes and procedures and in line with the established allocation arrangements with RTEAN.”

With the approval, the new transport union will from December 26, commence operations, issuing tickets to transporters and collecting revenue on behalf of the government.

However, members of existing transport unions like the Road Transport Employers Association of Nigeria (RTEAN) and those of the Ogun State Parks Management (OGSPAM) are not pleased with the new union.

Our correspondent gathered that members of the National Union of Road Transport Workers ( NURTW) are still aggrieved that their operations in Ogun were suspended by the State government. The creation of OSOMS appears to them like they may never return to Ogun under the present administration.

Some of the union leaders, who spoke to our correspondent, feared that their job may be in danger, while also not ruling out the possibility of clashes between their boys and the new union members.

Meanwhile, the Ogun State chapter of the Peoples Democratic Party (PDP) has warned the Ministry of Transportation over possible breakdown of law in Ogun motorparks over the new union.

In a statement by the PDP spokesman in Ogun, Akinloye Bankole, the party conceded that the transportation sector has enjoyed a recorded lease of peace and tranquility since the inception of the Dapo Abiodun-led administration in 2019, expressing worries that the government is now seeking to deliberately create a needless leadership tussle among operators in that sector.

“For every right thinking resident and citizens of good conscience, the creation and announcement of a strange OSOMS by the Ministry of Transportation is not only distasteful, it is manifestly unnecessary.

“Again, we make bold to further encourage all the security agencies, especially the Nigerian Police and Department of State Service, DSS and of course, law abiding members of the public to hold the Commissioner responsible in case of any violent break down of law and order in our parks and garages as a result of this senseless development in the transportation sector.

“Ogun State does not deserve another avoidable loss of lives and property,” Bankole said.