The Nigerian singer in a statement posted on Instagram, said he was devastated by the news that Rebecca had sadly passed away. 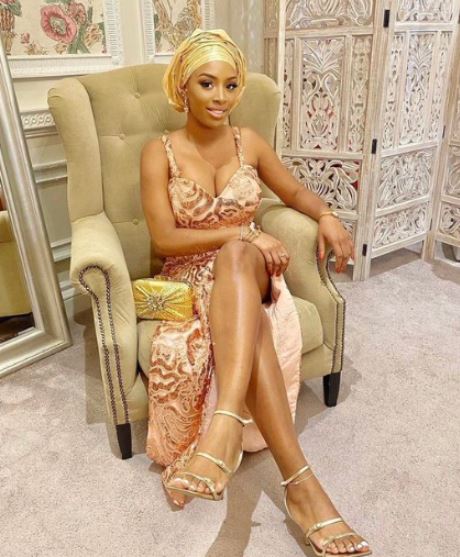 Rebecca Ikumelo, one of the fans who were critically injured during a stampede at Nigerian singer Asake’s concert on Thursday has sadly passed away.

The 33-year-old woman died yesterday in a hospital.

Two other women, aged 21 and 23, according to the Metropolitan Police were still in critical condition.

The concert was held at the Brixton O2 Academy, London.

The Nigerian singer  in a statement posted on Instagram, said he was devastated by the news that Rebecca  had sadly passed away.

“My sincerest condolences to her loved ones at this time. Let us please keep her family in our prayers. I have spoken to them and will continue to do so.

“I am overwhelmed with grief and could never have imagined anything like this happening.

“My team and I are still awaiting the full debrief back from the Venue management and the Police to determine what exactly led to all the disruption caused and ultimately to Rebecca’s passing.

“If you have any relevant information relating to this please do reach out to the Metropolitan Police.”

Mayor of London Sadiq Khan said City Hall was in contact with venues and authorities across the capital to make sure “nothing like this happens again”.

“I am heartbroken by the tragic death of Rebecca Ikumelo who has very sadly died following the awful events on Thursday night in Brixton,” he said.

“Rebecca had her whole life ahead of her and on behalf of all Londoners, I would like to extend my condolences to her family, friends and loved ones at this extremely difficult time.”

Post-mortem tests will be done  today.

A fan, Vicky Osinlaru, who narrowly escaped the stampede said  she watched how a girl almost died in front of her.

The  27-year-old radio presenter from Croydon, told MailOnline: ‘I could see there was something happening in the ticketing hall. I went out and saw that the security were literally holding onto the front doors for their lives.

‘The doors were shaking and all of a sudden, they burst open. I remember a man, wide-eyed with shock, shout ‘Thank God for my life’ as he collapsed on the floor. He didn’t have his shoes on and was completely breathless.

‘Then another woman was brought in, she looked to be aged in her late 20s, wearing jeans and a top but she was unconscious. She didn’t even appear to be breathing.

‘Her face was lifeless as she was laid down on the floor by a medic who gave her CPR for about 20-minutes to half-an-hour.

‘They were giving her chest compressions, really sting pumps to the chest, but from what I could tell there was very little sign of life.

‘Eventually the ambulance arrived and the medics were continuing CPR to save her life as they escorted her out.

‘I don’t know what happened to her but I really hope she pulls through.

‘It was so traumatic to witness something like that, I haven’t been able to sleep at all because it’s been playing on my mind.

‘I’ve been to the O2 on numerous occasions but there were so many fans who had come to see Asake and because it was his last night playing in Brixton, people didn’t want to miss out.

‘But what happened last night was horrific, people were seriously, seriously hurt.’

A statement shared on Twitter yesterday said: ‘It is with pain in our hearts that we have to announce that due to the terrible events that happened at O2 Academy Brixton last night, we are being forced to postpone tomorrow’s show. The new date will be on Sat 18th Feb and all tickets will be transferable or refundable.

“We understand that many of you are travelling from afar to make it to London for this, but hopefully you will all be available again to celebrate on this new date. Our hearts go out to those who were injured. Love Dave & Steph.”

Decrying the ugly development, Labour MP for Vauxhall, Florence Eshalomi, in a statement posted on Twitter said: ‘It is very clear ticketing and security procedures have not performed as they should have for this incident to have occurred.

‘We need answers about exactly how this happened and safeguards against it in future. This will be fully investigated by Specialist Crime detectives, supported by Lambeth Council’s Licensing Unit.’

“This is a deeply concerning incident and has turned an experience which should have been a celebration into a very sad day.

‘My thoughts are with those caught up in the crush last night, in particular those that remain in hospital. My central hope is for their full recovery.’

Asake,in his first response to the incident on Thursday, said he was “praying” for the injured.

The artist in a statement on Instagram said: “My heart is with those who were injured last night and caused any form of discomfort. I pray you get well soonest.

“I am also in the process of reaching out to individuals.

“I still do not have the full brief from the venue management themselves as to what led to the disruption at the entrance of the Brixton Academy, but we are thankful that all was peaceful at the end.

“For my people who enjoyed the beginning of my performance, I am sorry that it was cut short.

“Thank you for your unbelievable love, London. I love you too much! I’m looking forward to seeing you again in a bit!”

Asake was recently nominated for BBC Radio 1’s Sound of 2023 award, for artists breaking through in the UK.