Masari recounted how Tinubu ensured that Christians and Muslims were protected when he was Lagos State Governor. 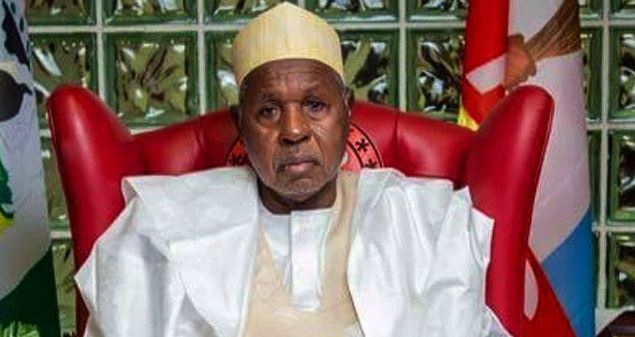 Katsina State Governor, Aminu Masari has given his opinion about the controversial Muslim/Muslim ticket by the ruling All Progressives Congress, APC for the 2023 Presidential elections.

Masari stated that the APC presidential candidate, Asiwaju Bola Tinubu will not Islamize Nigeria if elected as president.

Masari said if former presidents Olusegun Obasanjo and Goodluck Jonathan did not, and President Muhammadu Buhari did not Islamize Nigeria, then Tinubu will not if elected President.

He recounted how the APC flag bearer ensured that Christians and Muslims were protected when he was Lagos State Governor.

Stressing that Tinubu was the most qualified, Masari said even a blind man would pick the APC flag bearer ahead of other presidential candidates.

According to Masari: “Leadership is about justice to the people, even to animals. Lagos is a mini-Nigeria. Both Christians and Muslims, and pagans are in Lagos.

“At a point in time, you cannot drive in Lagos with your car windows widely open because of thieves.

“But when Tinubu became governor for eight years, he brought sanity to Lagos.

Speculations have been rife that Tinubu could Islamize Nigeria after he settled for a Muslim-Muslim ticket.

But, such speculations were downplayed by Tinubu, stressing that his wife, Remi was a Christian and an assistant pastor.