The actor said he was returning to Lagos from Ibadan where he went to inspect a piece of land. 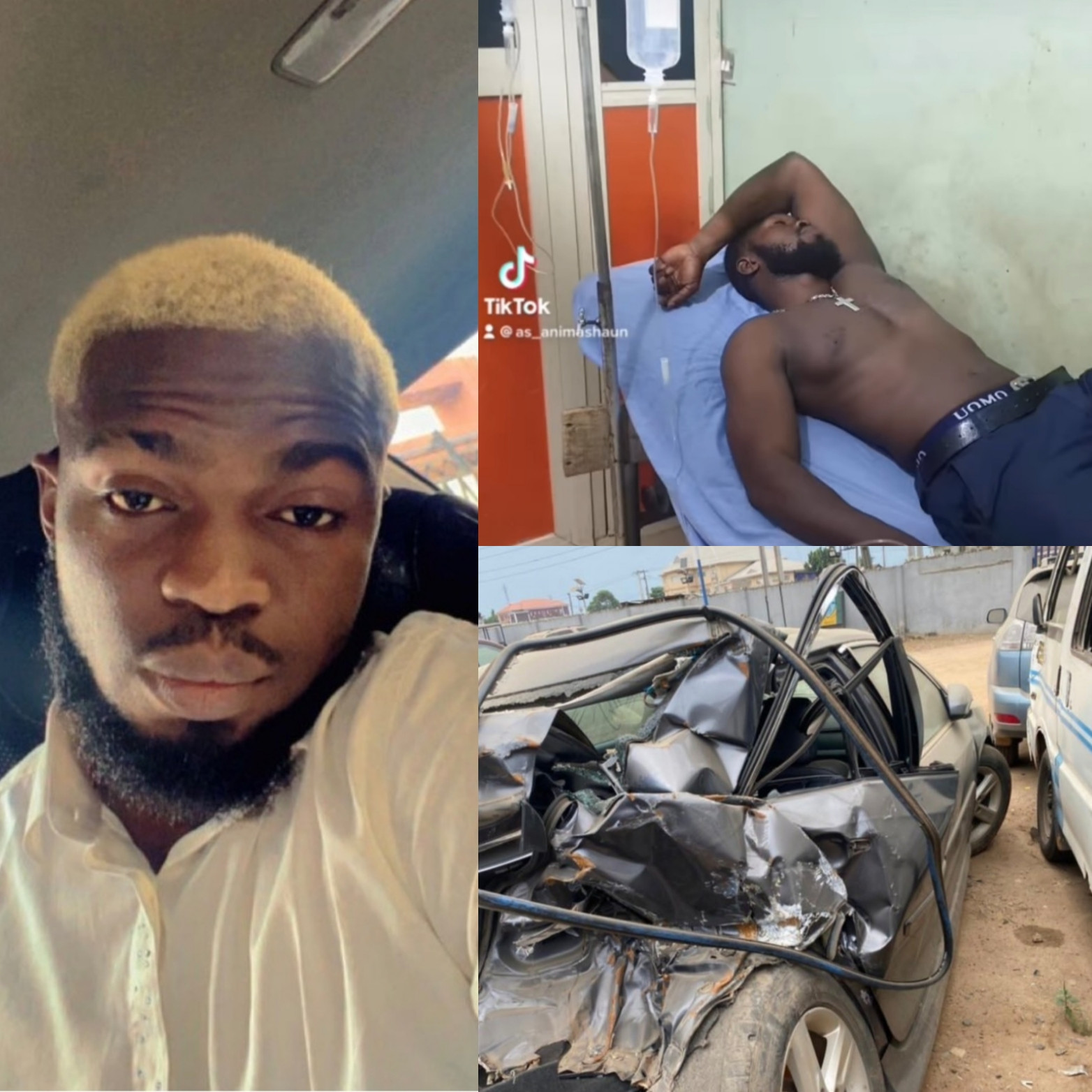 The actor is lucky to be alive after being involved in an accident that destroyed his car.

The actor said he was returning to Lagos from Ibadan where he went to inspect a piece of land.

He explained that when he got to Magboro busstop in Lagos, "a trailer ran me over".

He said it left his car spinning for almost 12 seconds and his life flashed before his eyes as he felt his breath leave his lungs.

His car was badly damaged. Fortunately, his life was preserved. 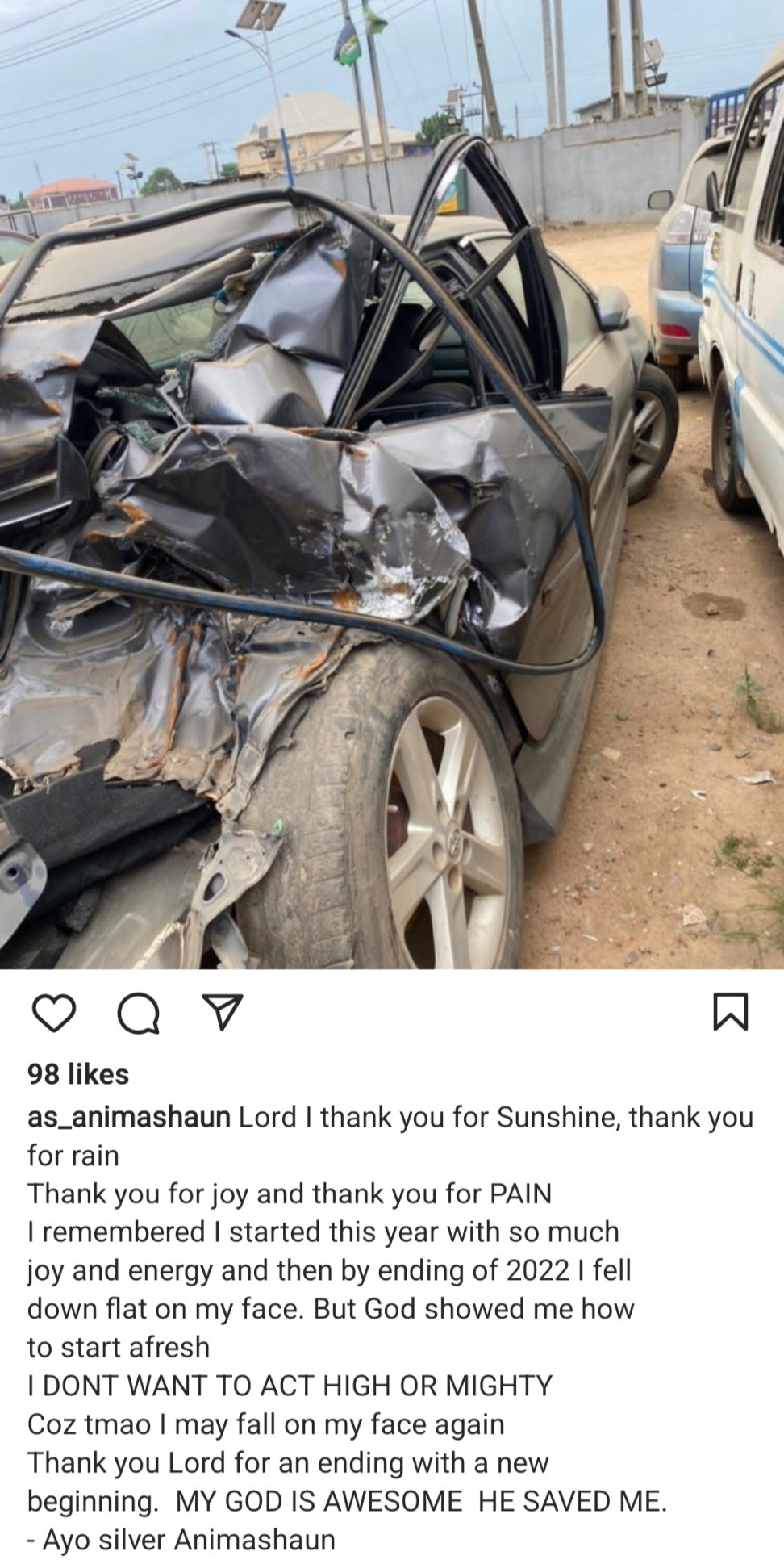 The accident happened just hours to his birthday, which is on Dec 23.

The actor celebrated buying the car in October 2022.

Watch a video shared from his hospital bed below.