I Lost Two Children To Sickle Cell - Buhari Opens Up


Speaking on his personal life, the President revealed that he lost two of his children by his late wife, Safinatu, to sickle cell anemia. 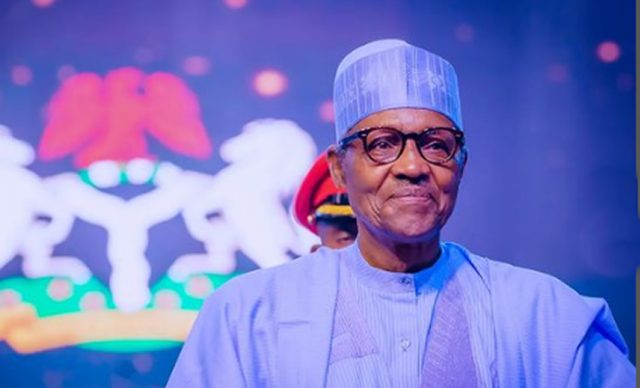 Nigeria's number one man, President Muhammadu Buhari has made some revelation about some of the tragedies he suffered.

He revealed that he lost two of his children to sickle cell.

Buhari made this known in a documentary played at a private dinner organised by his family and close associates to mark his 80th birthday on Friday night at the State House Banquet Hall.

Speaking on his personal life, the President revealed that he lost two of his children by his late wife, Safinatu, to sickle cell anemia.

This explained why, at the time he married the first lady, Aisha Buhari, he insisted his second wife must be AA genotype so that his children would not inherit the S from his AS genotype.

Buhari also described as “not a funny joke,” claims by some Nigerians that presumed him to be long dead and replaced by a body double named ‘Jibril of Sudan.’

The President said the dark rumour was the handiwork of some mischief makers who thrive on what they do not understand.

In the documentary interview, Buhari responded to a question about the rumour saying, “Yes! People said I am somebody from Sudan. I didn’t bother with the name. Nigerians have mischievous ways of explaining themselves.”

Asked if he finds such allusions to be funny, he said: “No. It is not funny because those who made those statement, they just want to be cheeky. They want to distract attention from the main issue. Our main issue is to do the infrastructure, make people aware that they need to work hard to live well. They just want to enjoy life without earning the respect of their community and so on.”

While proposing a toast for the celebrant earlier, Vice President Yemi Osinbajo described Buhari as a forthright, kind man and an exemplary leader.

Osinbajo eulogised Buhari for leading the nation with “great courage and commitment,” saying, “I invite your excellences, ladies and gentlemen, to join me in proposing this toast to an exemplary leader, a forthright and honest man, a good and kind man, and a man who has led this country with great courage, determination and commitment for so many years.

“We pray that the almighty God will preserve his life for very many years to come and that he will live all of these many years in good health, peace, joy and with the love of all of our country men.”

In attendance were governors of Kebbi, Atiku Bagudu; Katsina, Aminu Masari; former Ekiti state Governor, Kayode Fayemi; Secretary to the Government of the Federation, Boss Mustapha, the President’s Chief of Staff, Prof. Ibrahim Gambari; cabinet members, family members, captains of industry including Chairman of AriseTV and the Thisday Group, Nduka Obaigbena, among others.