The 82-year-old had been receiving regular treatment from doctors ever since undergoing surgery to have a tumour on his colon removed in September 2021. 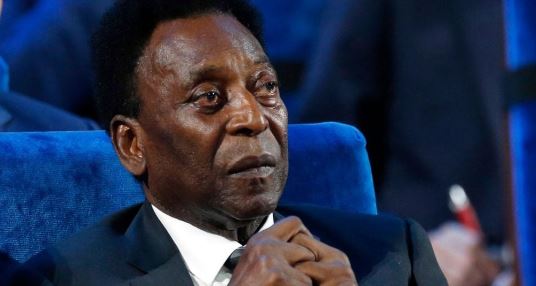 Pele, the world-famous Brazilian football legend, died recently but before his death, he was still actively commenting on football activities and events.

In fact, the football icon, who died on Thursday, had congratulated Lionel Messi-led Argentina for winning the 2022 FIFA World Cup in Qatar on December 18. This was his last post before his death.

The football icon is regarded as one of the greatest footballers of all time.

The 82-year-old had been receiving regular treatment from doctors ever since undergoing surgery to have a tumour on his colon removed in September 2021.

Pele was readmitted to hospital towards the end of 2022.

However, on December 18, 2022, Pele, on his Instagram page, shared a photo of the Argentina national team celebrating with the FIFA World Cup trophy at Lusail Stadium in Qatar after beating France in the final.

The former Minister of Sports of Brazil also wrote: “Today, football continues to tell its story, as always, in an enthralling way. Messi winning his first World Cup, as his trajectory deserved. My dear friend, Mbappé, scoring four goals in a final.

"What a gift it was to watch this spectacle to the future of our sport. And I couldn’t fail to congratulate Morocco for the incredible campaign. It’s great to see Africa shine.