The Force Public Relations Officer, CSP Olumuyiwa Adejobi, made this known in a released statement. 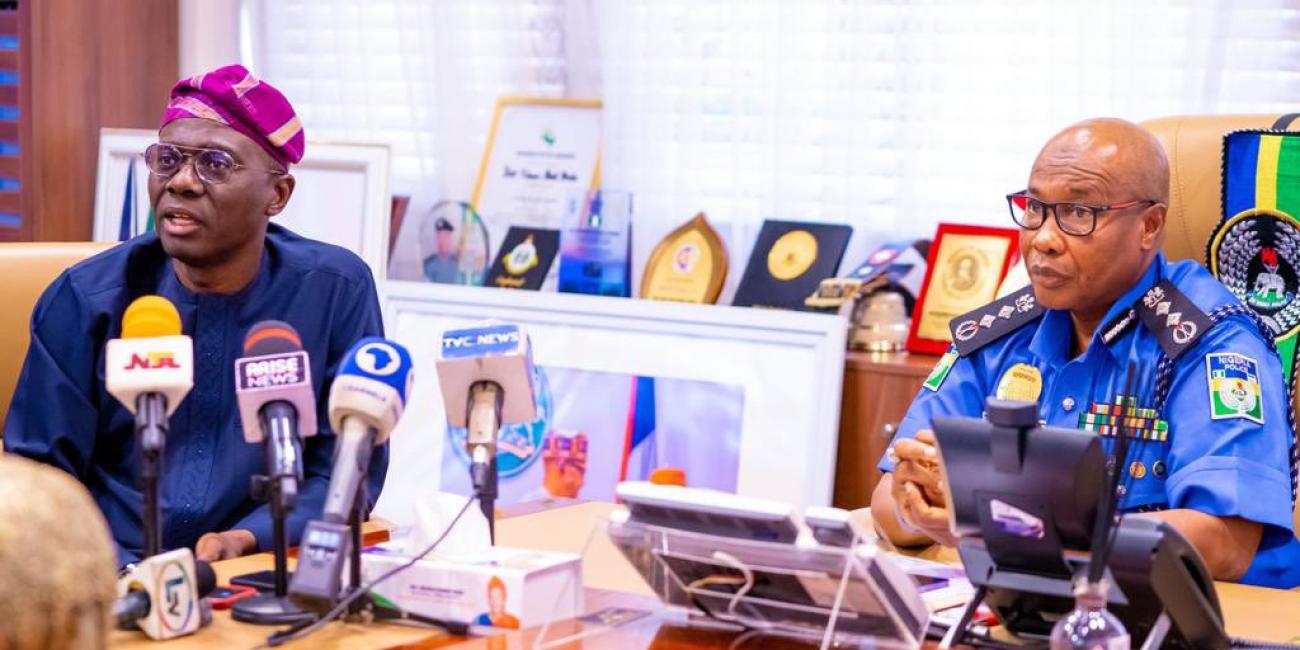 The Inspector-General of Police, IGP Usman Alkali Baba, on Thursday met with the state governor, Babajide Sanwo-Olu at the Force Headquarters in Abuja, following a series of killings of civilians by trigger-happy police officers in Lagos State.

The Force Public Relations Officer, CSP Olumuyiwa Adejobi, who made this known in a statement said the police boss' meeting with Governor Sanwo-Olu was to discuss amongst other things, possible avenues to achieve speedy justice for the victims of the recent shooting incidents in the state.

According to the statement, the IGP who had ordered the immediate suspension of the Assistant Superintendent of Police, ASP Drambi Vandi, who killed a pregnant female lawyer, Mrs. Omobolanle Raheem, on Christmas Day extended his heartfelt condolences to the family and loved ones of the deceased.

Adejobi said the IGP reassured that the cases would be meticulously pursued until deserved justice is served, noting that the Force is working with the Attorney-General of Lagos State to ensure that the offenders are diligently prosecuted in courts of competent jurisdiction to serve as a deterrent to others.

The governor in his response "promised to support the Police in making sure that justice is served in the extant case and to collaborate with the Police on advocacy programmes to educate the citizenry on understanding and respecting the laws of the land for an improved relationship with the Police”.

The statement added, "He similarly stressed that his administration will partner with the Police to carry out refresher courses, training, and retraining, and other evaluation processes for police officers in all facets of policing duties.

"The Inspector-General of Police, therefore, charged all officers to imbibe absolute respect for rule of law and the fundamental rights of all persons, which is the crux and fulcrum of policing services even as he urged members of the public to cooperate with police officers for seamless collaborative efforts to stamp out crimes and criminality in the Nigerian society."