Mellisa narrated her ordeal during a recent interview, stating she is ready for how things may turn out in her relationship. 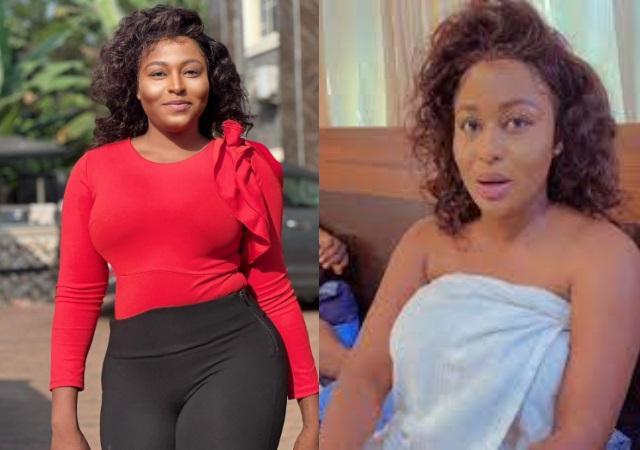 Nollywood actress, Mellisa Osagie has opened up on why her boyfriend broke up with her.
According to Melissa, her boyfriend broke up with her after she acted a bedroom scene in a movie.
Mellisa narrated her ordeal during an interview with PUNCH.
According to Mellisa, anyone who wants a relationship with her must understand the acting business to avoid the issue of trust.
She also disagrees with the notion that actresses are usually promiscuous, as she recalled being slapped by her boyfriend during a misunderstanding.
She said: “My boyfriend left me because I acted in a bedroom scene. However, I am ready to stay with whoever is ready to stay; and I am ready to open the door for whoever wants to leave.
“My emotions have always been in check. Whoever is meant for one will stay in one’s life. As an actress, I believe it is better to be with someone who understands the business. It has nothing to do with trust or valuing my career more than my relationship.
“The difference between an actress and the regular person on the street is the camera. I dated a guy in 2017, and we had issues. He did not have a car and was not rich; but I was still with him because I liked him. However, when we had a misunderstanding, he told me that I was all over one of my male colleagues because he just bought a car.
“I asked him if he was expecting me to be moody because a colleague bought a car. He then slapped me three times after I made that statement. I did not talk about it publicly because I believe some people will blame me (due to the fact that I am an actress).”
Top Stories