Pele will be laid in the vault at the Memorial Necropole Ecumenica on Tuesday, January 3, just a mile away from the stadium that made him famous. 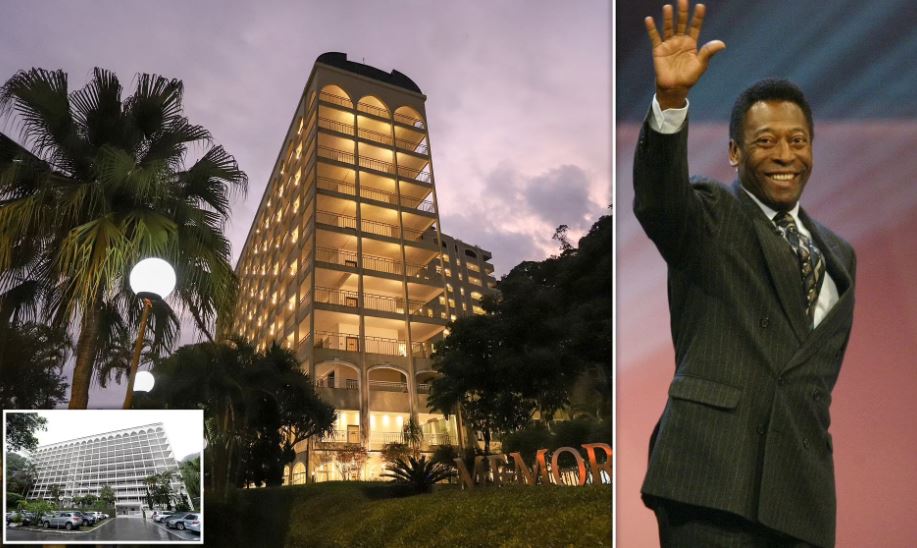 Brazilian icon, Pele will be laid to rest on the ninth floor of a vertical cemetery, overlooking the Santos football pitch in his home city, to honour his father who wore the No 9 shirt as a player.

Pele will be laid in the vault at the Memorial Necropole Ecumenica on Tuesday, January 3, just a mile away from the stadium that made him famous.

It was reported that the  Brazilian player spent a long time thinking about where he wanted to be buried before deciding on his final resting place by paying homage to his father, Dodinho.

In a mark of respect to his father, Pele chose to be buried on the ninth floor of the world's tallest, vertical cemetery, the Mirror reports.

The vertical cemetery was built in 1983 and has more than 14,000 vaults. It has a tropical garden, restaurant and even a classic car museum.

Following the funeral the country will enter three days of national mourning.

Edson Arantes do Nascimento, died on Thursday following a long battle against cancer. The legend, better known as Pele, was 82. He is the only man to have won three world cups, in 1958, 1962 and 1970, and is widely regarded to be the greatest player of all time.