The former Barcelona and Inter Milan striker's insistence on using Magnetic Resonance Imaging (MRI) screening saw the squad ravaged at their training camp in Mbankomo, on the outskirt of Yaounde. 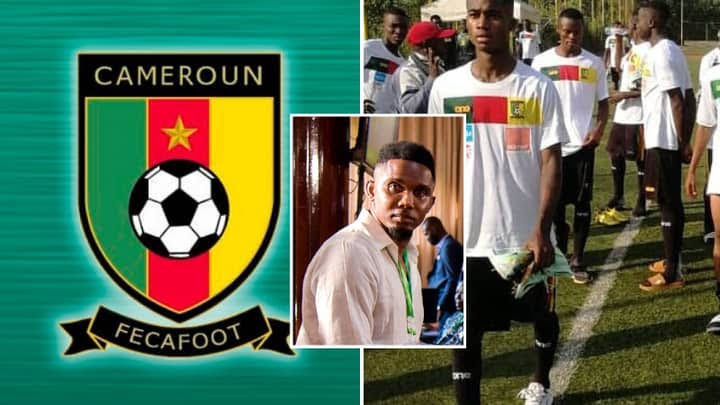 21 Cameroon's Under-17s players have failed age tests ordered by Samuel Eto'o, president of the country's governing body, Fecafoot, BBC Sports has reported.
The country now face a race against time to field a team for regional African Cup of Nations qualifiers.
The former Barcelona and Inter Milan striker's insistence on using Magnetic Resonance Imaging (MRI) screening saw the squad ravaged at their training camp in Mbankomo, on the outskirt of Yaounde.
Of the initial 30-member group, 21 failed the tests.
But BBC Sport Africa now understands Cameroon have suffered a fresh setback as 11 new players also failed tests on Tuesday, with coach Jean Pierre Fiala struggling to find replacements.
Cameroon host Congo, Chad, DR Congo and Central African Republic for the Central African Football Federations' Union (UNIFFAC) qualifiers between 12 and 24 January, with two teams progressing to April's Under-17 Nations Cup in Algeria.
A Fecafoot statement said Eto'o gave "strict instructions" for the actions to be taken "in order to put an end to the tampering with civil status records which have, in the past, tarnished the image of Cameroon football.
"Fecafoot urges all actors, in particular educators, to ensure that the ages by category are respected."
Many of Africa's international successes in junior tournaments have been clouded by allegations of the use of over-age players.
Football's world governing body Fifa introduced MRI scans at the 2009 Under-17 World Cup, which took place in Nigeria.
The MRI works by scanning the wrist to study how advanced the bone structure is
In 2017, Fecafoot blocked 14 players from taking part in the Under-17 Afcon in Gabon after they failed the tests.
Eto'o promised to take action to combat the long-running problem when he was elected Fecafoot president in December 2021 and Simon Lyonga, a journalist with Cameroon's national broadcaster CRTV, says the decision to weed out age cheats has been applauded by the public.
"Here in Cameroon, people are by and large pleased that Fecafoot actually seem to be doing something to try to stop the cheating," Lyonga told BBC Sport Africa.
"It is important for the country to give chances to players of the right age."
Cameroon have twice been continental champions at Under-17 level, in 2003 and 2019.
Top Stories