An attempt to ship 11.5kgs of the substance to the UK was frustrated when the consignment concealed in a giant wooden sculpture was intercepted by NDLEA operatives at a courier company in Lagos. 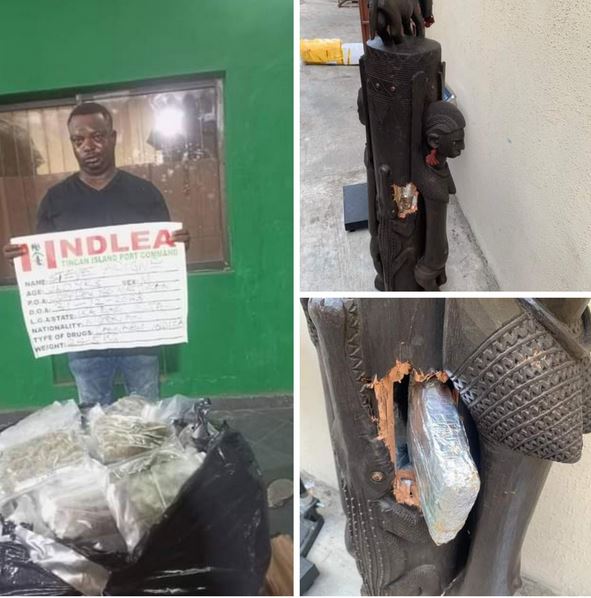 Operatives of the National Drug Law Enforcement Agency, NDLEA has frustrated attempts by members of Organised Criminal Groups to use various disingenuous modes of concealment to import consignments of illicit substances into Nigeria and export same to the United Kingdom, and United Arab Emirate through the Murtala Muhammed International Airport, MMIA, Ikeja and Tincan seaport in Lagos.

Spokesperson of the agency, Femi Babafemi, in a statement, said an attempt to ship 11.5kgs of the same substance to the United Kingdom was thwarted when the consignment concealed in a giant wooden sculpture was intercepted by NDLEA operatives of the Directorate of Operations and General Investigations (DOGI) at a courier company in Lagos.

According to the spokesperson, the consignment concealed in the sculpture curiously emanated from Ghana with London as destination.

Babafemi further disclosed that an importer offered N8 million bribe to NDLEA operatives during the raid at Tincan port.

"At the Tincan port in Lagos, a shipment of 24.5kilograms cannabis indica to Nigeria from Montreal, Canada was intercepted by operatives while an N8million bribe offered NDLEA officers by the importer has been secured in an account for the prosecution of the case," he stated.

"While the importer, Cedrick Maduweke is still at large, one of his accomplices, Steve Isioma Adigwe has been arrested. The consignment was hidden in a used Toyota Sienna vehicle that arrived at the port along with three other cars in a container marked MSMU 5082733."

Chairman of NDLEA, Brig. Gen. Mohamed Buba Marwa, commended the officers and men of Tincan and MMIA Commands for the arrests and seizures.

He charged them and their compatriots across the country to intensify the heat on drug cartels in Nigeria while balancing their efforts on supply reduction with drug demand reduction activities. 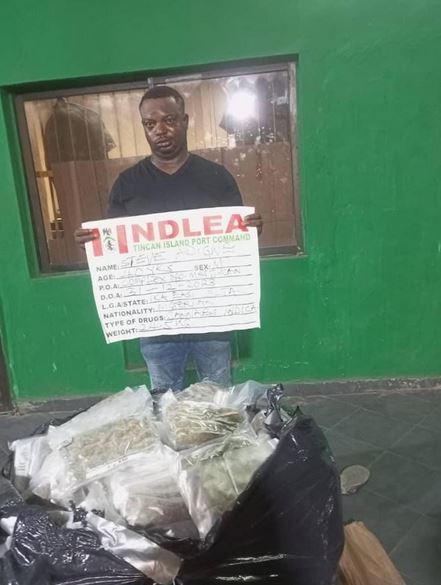 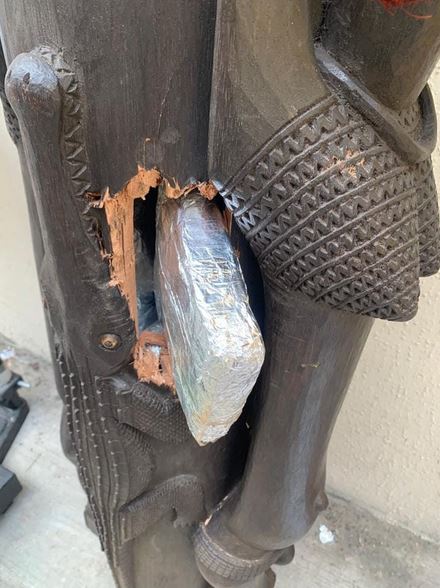