The posh car vanished in the garage before the couple woke up on a fateful morning in July 2022, but was found loaded on a container at the UK port. 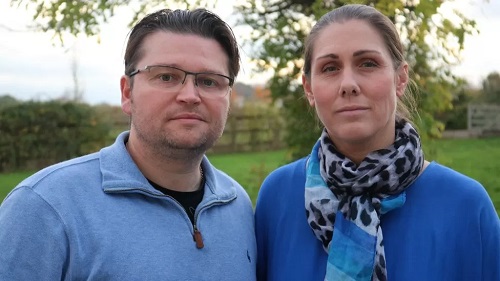 A couple have narrated how their Range Rover worth £100,000 was stolen and tracked to Tilbury port en route to the Democratic Republic of Congo.
Anthony and Danielle Wilson living in Essex, near Bishop’s Stortford, the United Kingdom shared their story with BBC.
The posh car vanished in the garage before the couple woke up on a fateful morning in July 2022, but was found loaded on a container at the UK port.
According to BBC on Friday, it took thieves just 63 seconds to steal The Wilsons’ Range Rover Sport from their gated home.
The theft was caught on the family’s CCTV system and it showed two people involved – one stealing the car and another driving the vehicle they arrived in.
“You can see one of them creeping up the drive,” said Mrs Wilson.
“He’s literally leaning into my car, doing something, switched the interior light off, and then trundled it down the drive.”
The couple thought they might have been followed by the thieves for some time before the car was taken.
“Police had said there was a chance that I’d been followed because they’d obviously got in it without the keys, so maybe they cloned the key or found a way to get into it when I’d been out and about, and I only ever go anywhere with my little toddler so it worried me then.
“I just found it really scary and the more I thought about it, the worse it got.”
The husband, in his own reaction, said, “When you watch the CCTV, it’s almost incredible that somebody walks up to the car, and 63 seconds later is driving an expensive car down the driveway having never seen the keys in their life.”
The report disclosed that the car’s tracking system alerted police when it got out of range of the keys, which were still with the Wilsons.
Officers arrived at the Wilsons’ home to investigate shortly after the car was learned missing from the driveway. 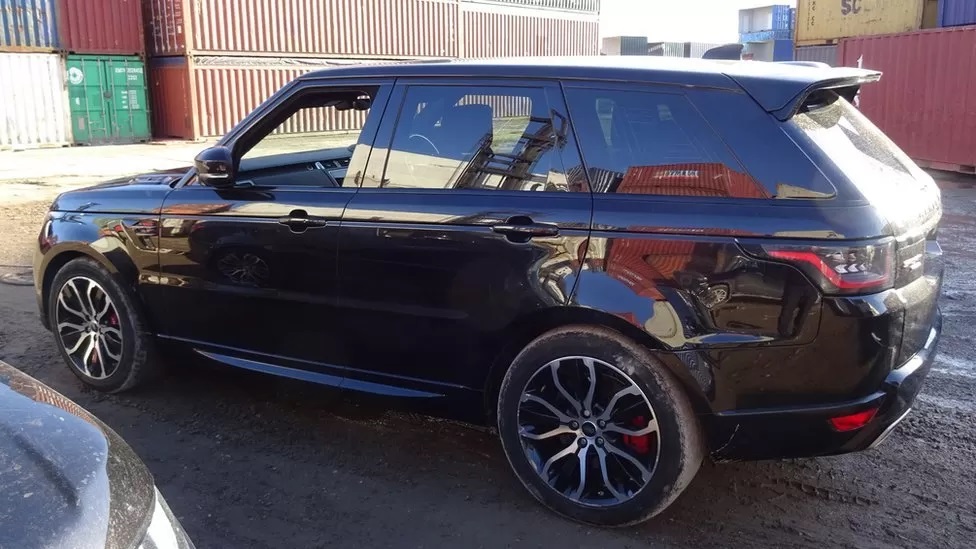 About a month after the car was stolen in July, it was discovered wedged inside a container at the Port of Tilbury, in Essex.
It was thought it was one of the increasing cases of stolen vehicles ordered by organised criminals with international connections.
Essex Police’s Stolen Vehicle Intelligence Unit said such theft is on the rise in the UK. In 2021, the three-strong unit recovered about 480 cars. In 2022, more than 600 cars were retrieved.
Renato Schipani, a criminal intelligence officer focusing on stolen vehicles with Interpol said cars stolen in the UK often end up in African countries such as Kenya, Uganda and Sudan because of the demand for right-hand drive vehicles.
The cars sent to these countries are nearly always large, luxury SUVs, like the Wilsons’ Range Rover, Schipani added.
West Africa, on the other hand, was the key “hub” for cars stolen from North America and Western Europe because of the demand for left-hand drives.
He said the levels of theft had increased since the Covid pandemic, with more and more vehicles being stolen and exported to Africa amid the rising cost of living.
Top Stories